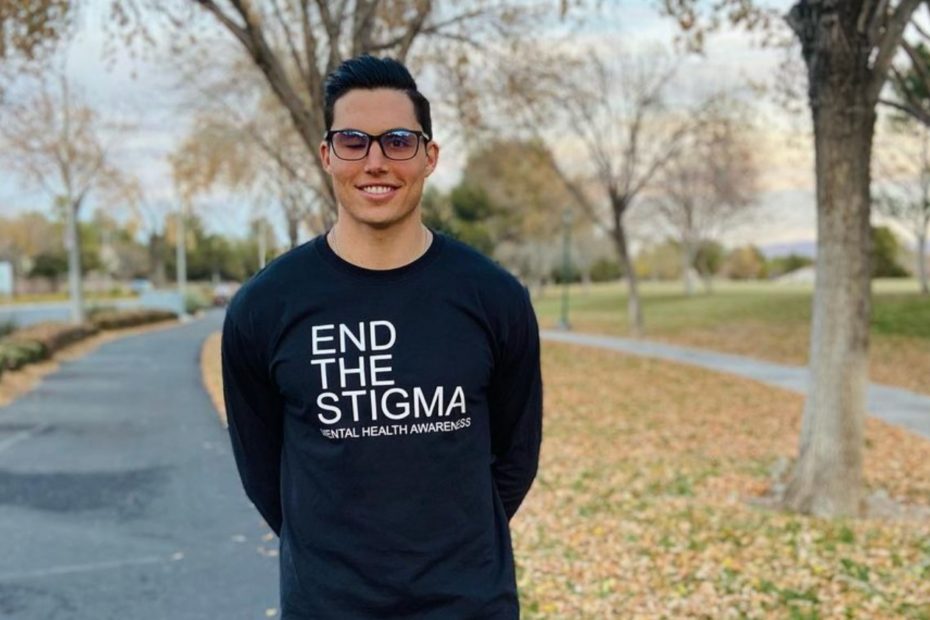 You Have To Watch This Inspiring Home Run: Drew Robinson Hits First Homer Since Miraculous Return

Drew Robinson hit nine home runs in his MLB career and 106 in his minor league career before Tuesday, May 11. Then, stepping up to the plate in the top of the second inning with one out on Tuesday evening in his hometown of Las Vegas with his AAA San Francisco Giants affiliate team facing the AAA Oakland A’s affiliate team, the Las Vegas Aviators, Robinson did something special.

The Sacramento River Cats outfielder, the overcomer, the mental health advocate hit a home run, making his 107th minor league homer one for the ages.

Keep that game ball because Drew Robinson’s 107th home run is part of history. Not only just baseball history. Because, as he put it in a tweet, it was:

“Chills,” Robinson said in the tweet posting his homer. “Tears of every emotion in the book while rounding the bases.”

With each step rounding the bases, he had a chance to put what he just did all into perspective.

“I’m just proof that if you focus on the right perspectives and you focus on the right things, you’ll see hints of pure joy for life,” Robinson said per Passan. “And I think it’s a beautiful thing, and it’s a powerful thing. No matter how bad things seem at that time, it’s not as important as the next day, the next minute, of making that change to help yourself.”

This home run matters immensely because it’s, per MLB.com’s Nick Aguilera, “(t)he incredible comeback of Drew Robinson…After attempting suicide just more than a year ago, Robinson hit his first home run in his return to professional baseball. (Robinson), who lost his right eye in the attempt, sent (that) ball into the bullpen”.

Passan notes that “(t)hirteen months ago, Drew wasn’t sure his life was worth living, and now he’s attempting to find peace in the game that helped steer him to his lowest moment…since he shared his remarkable story of survival with ESPN in February — 20 hours spent with a wound in his head trying to reconcile whether he wanted to live — he has tried to share more widely. Robinson believed he could speak to the tens of millions of Americans who every year contemplate suicide. He could provide hope to the hopeless and help destigmatize suicide while emphasizing its perils.”

“One year ago today, I chose life,” Robinson said in a tweet while rocking an ‘End the stigma: mental health awareness’ shirt. “What a year it’s been. Lots of highs, some lows. Grateful for all of it. Thank you to everyone whose reached out, offered support or sent some love my way. You are all so appreciated…#Alive“.

Alive. That’s a blessing. Every second, every day. And Robinson is cherishing each moment now, while also realizing the utmost importance of being grateful every day.

Passan notes how Robinson still battles with depression but is coping with it, developing daily routines, which includes “journaling”:

“Every morning, he wakes up and drinks an oversized bottle of water and a green smoothie. Then he meditates and journals. He turns on “Friends,” makes breakfast and eats. He plays with his goldendoodle, Ellie. Then he goes to the field and starts to work…He has tried to balance his necessary optimism with the truth that he doesn’t have an answer for everything — that as rosy as he’d love his life to be, as often as he sees steps in the right direction, there will always be bad days.”

“I’ve been trying so hard to rely on inner validation rather than external,” Robinson said to Passan. “But no matter what anyone says, it feels great to have external validation.”

Shout out to Robinson for overcoming all odds, making it back to baseball to the Giants’ AAA affiliate, and doing what you do best in your profession, hitting a home run.

And this home run resonates so much more with all he’s gone through.

Robinson was home. Hitting a home run in his hometown. Not running from his past but embracing it as he hopes his story encourages others and sheds light on an important, sometimes scary, and difficult topic to talk about. To let others know you’re there for them, that:

You’re not alone. You are important, valued, and loved. Your life is worth it.