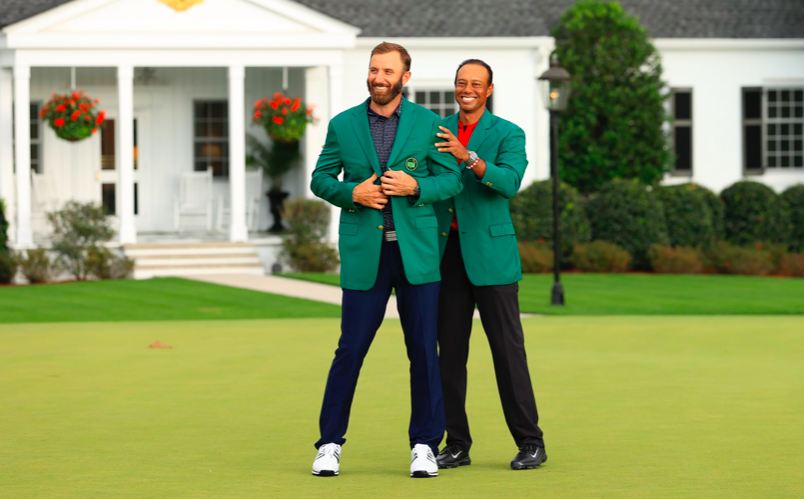 Add a green jacket to Dustin Johnson‘s closet and a Masters tournament win to his already accomplished resume.

Johnson finished the final round at four-under, putting him at twenty-under on Sunday. That was good enough for a five-stroke lead and win from the field.

Tiger Woods, 2019’s Masters winner, threw the green jacket on Thomas in what has become a Masters tradition.

“It’s a dream come true, as a kid always dreamed about being a Masters champion,” Thomas said as he was speechless and overwhelmed with emotion in an interview afterward. “It’s just incredible, obviously, as you can tell.”

Johnson was quick to give a shoutout to his team and sponsors, as well when celebrating his historic win.

“The success I’ve had wouldn’t be possible without an amazing team and sponsors,” Johnson posted in a tweet. “Thank you for believing in and supporting me over the years.”

Cameron Smith and Im Sung-jae tied for second place and Justin Thomas rounded out the top of the field finishing in fourth place.