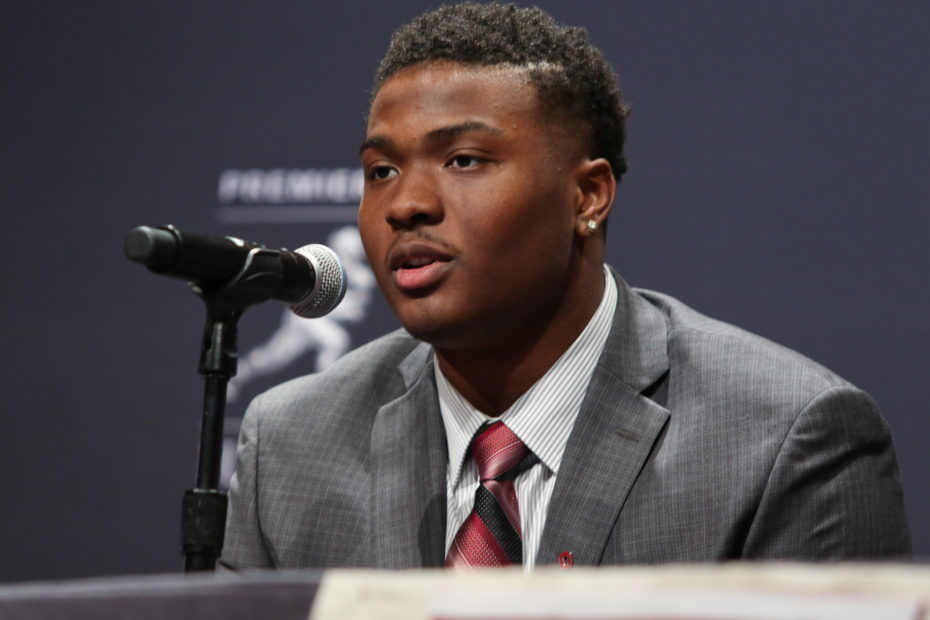 Dwayne Haskins, 24, Had Ketamine and Alcohol in His System on the Day of His Death

NFL quarterback Dwayne Haskins was fatally struck by a dump trunk in Southern Florida on April 9th. According to the autopsy report, the 24-year-old football player had traces of etamine and alcohol in his system at the time of his death.

The medical examiner reported that Haskins pulled over to the side of the I-595 with his wife Kalabrya Haskins in the passenger seat. ESPN reported that the woman alleged that he exited the vehicle in an attempt to find gas. However, as he wandered the highway, he drifted into the travel lane and was struck by an oncoming dump truck. When the 24-year-old did not return to the vehicle after some time, Kalabrya made the decision to notify the police.

“I just want somebody to go to the area to see if his car’s there, see if he’s O.K., if anything happened to him,” she told 911 dispatchers. “That’s just not like him to not call me back and for his phone to go dead. He was stranded by himself. He was walking, though.”

The dispatcher went on to relay that Florida Highway Patrol responded to the scene of an accident that morning, but was unable to confirm whether or not Haskins was involved. As time went on, it became apparent that this was the accident that caused his death. When police responded to the scene, Haskins was pronounced dead at 6:48 a.m. that morning by a Fort Lauderdale Fire Department official.

RELATED: Former University of Kansas Soccer Star Regan Gibbs Found Dead at Age 25: ‘God Told Him to Do It’

The medical examiner determined the athlete’s cause of death was blunt force trauma, and his manner of death was ruled accidental. Since Haskins was responsible for being in the roadway, no charges have been filed against the driver of the truck. Witnesses also reported that there was another vehicle involved in the collision.

Allegedly, a cream-colored car struck Haskins on the right side of his body after the dump truck attempted to avoid him. No other information has been reported in regard to the third vehicle.

In addition, the incident report included that the football player was legally drunk at the time of his death. When examined by a pathologist, a toxicology report was conducted which confirmed that Haskins had both ketamine and alcohol in his system on the morning of his death. His body contained alcohol levels of .20 and .24, which surpasses Florida’s limit of .08. Alongside alcohol, he tested positive for ketamine and norketamine.

Upon investigation, police discovered that the Pittsburgh Steelers player went out to dinner with an unknown assailant before the accident. According to the investigation, it was determined that they attended a nightclub, where the two became intoxicated. “They drank heavily and at some point, they got into a fight, separating,” the report says.