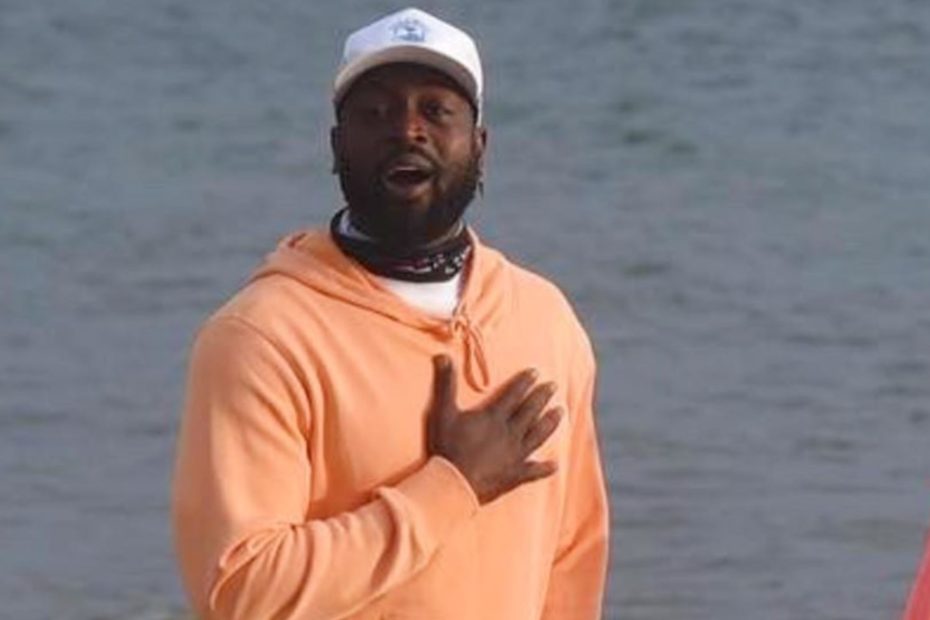 Imagine this; you’re on one knee preparing to ask the love of your life to marry you. You present them with the ring you picked out and she says “yes!” But then the celebration gets interrupted by the future Hall of Famer Dwyane Wade, who had just watched the whole thing take place.

While taking a sunset stroll along the beach with one of his friends, Wade accidentally stumbled upon a couple choosing to spend forever together. Wade’s reaction to the pure display of love was captured by the photographer who was documenting the couple’s big moment.

Thankfully, the future groom shared some of the images on his Instagram page.

As Ryan Basch wrote on Instagram, “when Dwyane Wade happens to be taking a sunset stroll on the beach and walks by mid-proposal”… then you obviously stop him and take a photo. As the photos show, Wade was obviously touched by what he had just witnessed.

And Basch’s interaction with Wade doesn’t stop there. Wade saw the groom’s Instagram post and shared it to his own Instagram story, writing, “It was so dope to witness you guys love!”

RELATED: Proud Parent Dwyane Wade Gets Emotional As He Drops His Oldest Son Off at School

He then later directly messaged Basch saying that he really need their “marriage to work. It’s now on my conscious haha.” And Basch just couldn’t get over how down to earth the retired basketball star had been.

“Hahahahaha this is insane!!! Dwyane Wade, you’re the man!”

After sharing their interaction on Instagram, people began to tell Basch that they need to “invite him to the wedding,” so Wade can “officiate” it. Seriously, how cool would that be? Congratulations, Ryan and Katie! Here’s to forever!