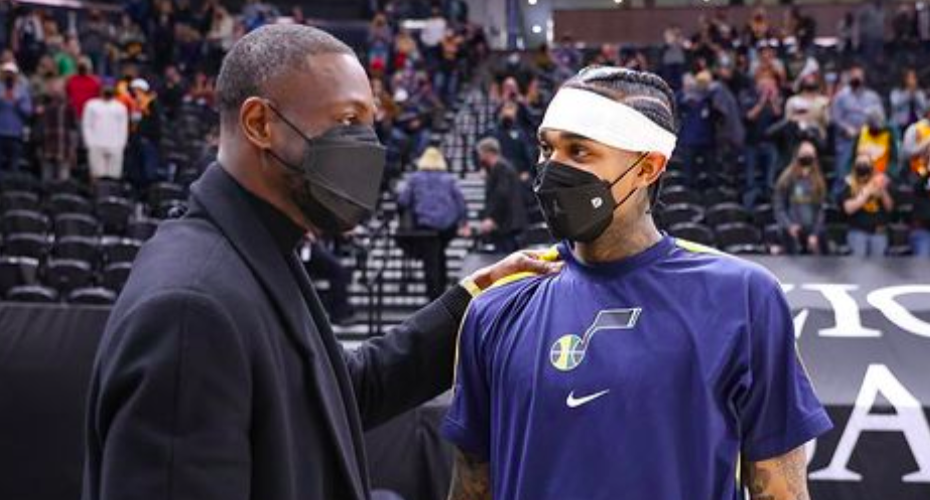 Jazz musician Wynton Marsalis once said “Jazz music is the power of now” according to Jazz Fuel. Well, now, we have some news related to the NBA’s Utah Jazz.

And this will be music to Jazz fans’ ears (of the team and even potentially of the genre, as well).

Utah, you have a new part owner of your NBA franchise.

“Proud and excited to become a part of the @utahjazz family with Ryan Smith and the rest of the amazing ownership team,” Wade said in an Instagram post. “I’m ready to #TakeNote 🎵‼️ Let’s go‼️”

“This goes way beyond the dream I had to just play basketball in the NBA,” Wade said to ESPN. “I’ve seen Shaq do it in Sacramento. I’ve seen Grant Hill do it in Atlanta. I’ve seen Jordan do it in Charlotte. If this partnership is going to be anything like my relationship is with Ryan, there are going to be a lot of things that I’ll want to be involved in…Unfortunately, people in my community don’t get this opportunity, and I do not take it lightly to have this opportunity. To make real change, this is where you have to be — at the top — and Ryan knows that. I’m thankful for him, and I know too that I bring a lot to this partnership outside of just my basketball knowledge and skills.”

Wojnarowski points out that “Wade…met Smith on a San Clemente, California…golf course shortly after his retirement from playing in 2019, and they became fast friends. Wade wanted to understand about Smith’s tech empire, including his company Qualtrics, and calls him a mentor.”

“Dwyane has had a chance to be part of so many different [ownership] groups if he wanted that,” Smith said to ESPN. “We’ve basically been in discussion from the time we closed on the team on how we can get this done. Like I run my tech business, you want the brightest people around…There is a broad picture here. It’s much more than just basketball. This league is the biggest platform that there is, and we ran toward that. This isn’t a league where we came in saying, ‘Hey, this has gone somewhere we’re not comfortable with.’ This is actually what we signed up for. We’re the newest ownership group. We’re the youngest. Dwyane’s a perfect fit.”

People are so excited about this, including of course, Wade’s wife, Gabrielle Union: