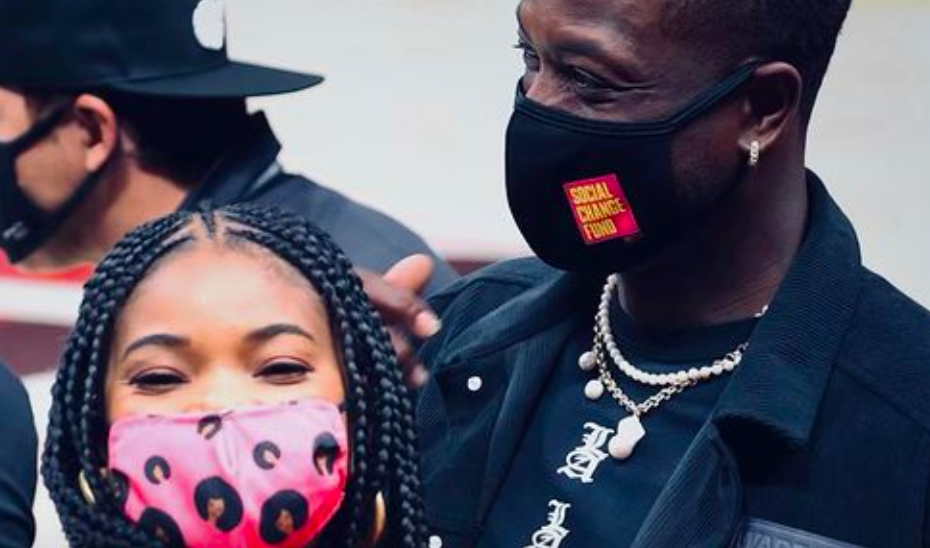 Dwyane Wade not only is a three-time NBA champion, 13-time All-Star, eight-time All-NBA, he is also seeing success from a front office perspective, first row, as the Utah Jazz keep winning in the NBA Playoffs.

As you may already know, per NBA.com in April, “Wade…joined the Utah Jazz ownership group, merging his basketball experience and business acumen into the realization of a dream he has had since his playing days.”

As now a NBA team owner, that means having some of the best seats in the house at Vivint Arena. And of course, Dwyane is sharing those seats with his beloved bride, Gabrielle Union.

“The 👑 got her very first playoff (in-person) dubb in her very own (owner seats 😉) #TheWades #TakeNote,” Dwyane said in an Instagram post.

The owner seats were that much sweeter because it looks like Dwyane posted that about Game 1’s win, which the Jazz won in a close game (per NBA.com).

The score? 112-109 as Utah takes on the LA Clippers in this second round of the playoffs.

Sixth man of the year, Jordan Clarkson, put up 18 points. So did Bojan Bogdanovic. And Donovan Mitchell? You know, a casual 45 points.

“Donovan is a young superstar in our game,” Wade said in a recent interview with The Today Show’s Craig Melvin. “All the credit goes to Donovan, Sr. and Ms. Nicole and Jordan Mitchell, his family for really, man they built an amazing man, his talents on the court, we haven’t even seen him scratch the surface of where her can go.”

The Jazz currently lead the series, two games to one. And you already know Wade and Union will probably be cheering them on to get this series and then, who knows, maybe even to the NBA Finals. They are, after all, the first-place team in the Western Conference who finished with the best record in the league for a reason.

On The Today Show, Wade also talked about Utah Jazz Ownership, being a father and parenting.