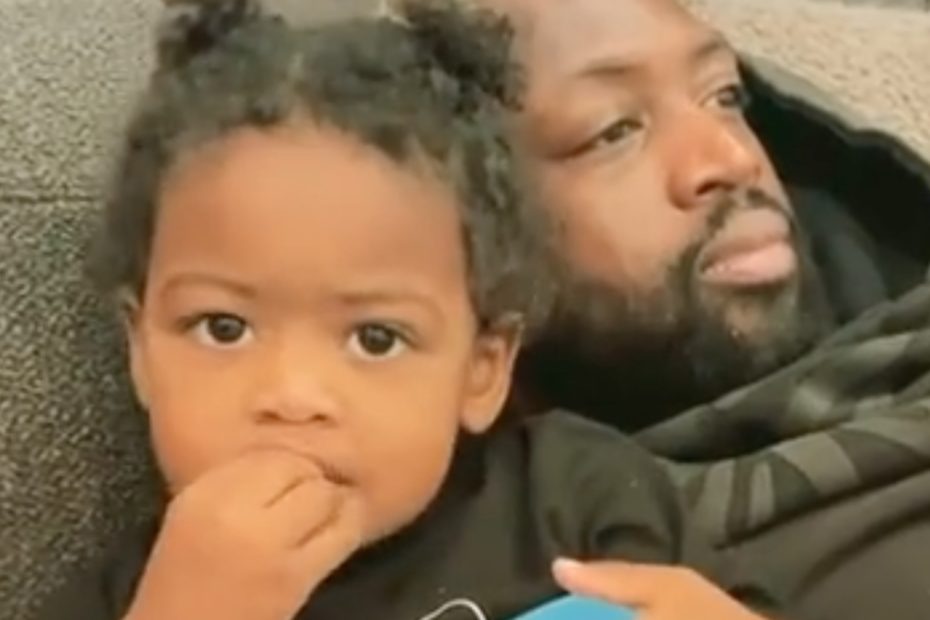 Thirty-nine-year-old former basketball player Dwayne Wade and his wife Gabrielle Union have an amazingly cute daughter named Kaavia. As many parents do, the couple wanted to share an interest of theirs with their daughter. The catch – Kaavia was not having it!

On Tuesday, during a trip to Hamptons beach, Wade depicted the entire fiasco going down. What he thought would be a fun day of golfing turned into his young child sitting down in the middle of the field.

Initially, the retired NBA star posted to his Instagram story a picture of the instructor teaching the kids how to do a proper swing. He jokingly captioned it, “If you wanna get dads out to support the kids, give them golf lessons.”

At first, Kaavia was equally engaged as the other children. She was alert, focused, and ready to go. Captioning a photo of Kaavia sporting a determined face and in the proper golf stance, “How it started,” implied that she would soon lose her focus. Wouldn’t you know it, Kaavia’s determination was in fact short-lived.

Soon after the first couple of photos, Kaavia could be seen laying down in the middle of the golf course with Wade off to the side, hands on his hips. Clearly, she will not be picking up golf as a hobby anytime soon.

Although golf may not be a passion for Kaavia, the former NBA star has no plans to force her into anything she doesn’t want to do, or any of his other kids for that matter.

“My focus when it comes to any of my kids is to let them know who they are so that when other people’s opinions about them are formed, it’s not hitting them,” said Wade in an interview with PEOPLE. He continued on to say, “If we allow our kids to be their true selves, we don’t have to worry about them conforming with anything or anyone. Why wouldn’t we push our kids to be their authentic selves?”

Gabrielle Union, actress and Wade’s wife, explained vulnerably that during her childhood, she didn’t have much freedom and she didn’t want her kids to grow up in the same way she did.

“We are raising our kids to know they are worthy because they exist. We don’t want them to ever shapeshift for anyone else’s approval or acceptance,” offered Union. She included, “We want them to be free to be who they are.”