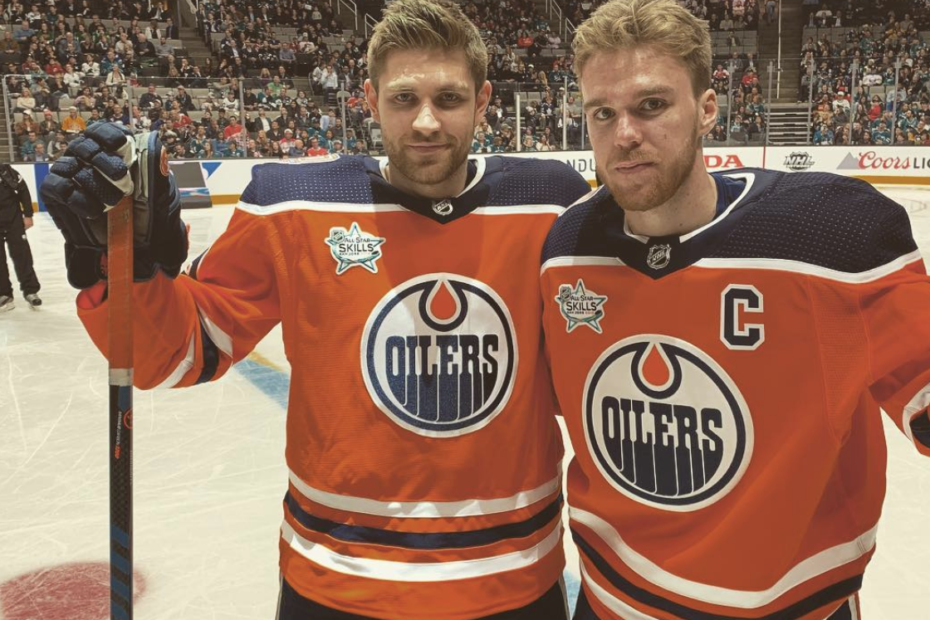 With the coronavirus putting all professional sports to a stop, the fate of the of the 2019-2020 NHL season is still up in the air. There may only be a handful of games left in the regular season, but we can still give our early end of season awards during the NHL’s hiatus.

Now, we won’t be discussing awards such as the Maurice “Rocket” Richard or Art Ross trophies because they are purely based on statistics.

Though he has been quite essential to the Avalanche, Nathan MacKinnon does not deserve to be the winner of the most important of the NHL awards this year. The 24-year-old center has recorded 93 points this year which was 43 more points than any other player for Colorado. However, his production seems insignificant compared to that of Leon Draisaitl.

The German native has scored 110 points in the 2019-2020 campaign, and he is largely responsible for the Oilers’ success this season. The dynamic duo of Draisaitl and Connor McDavid has led the Oilers to second place in the Pacific Division and a possible Stanley Cup run. Thought McDavid has been stellar this year with 93 points, without Draisaitl, the Oilers would not be near the prominent position they are currently in.

Andre Vasilevski has a league-leading 35 wins on the season for the surging Tampa Bay Lightning, but the Russian goaltender may have a tough time making a Vezina case with a measly 2.56 GAA and 0.917 save percentage.

Connor Hellebuyck may have a strong Vezina case with 31 wins, a 2.57 GAA, and a save percentage of 0.922; however, Hellebuyck’s numbers don’t near compare to Tuukka Rask’s exceptional stats.

Though the Finnish goalie only has 26 wins, Rask has a stunning 2.12 GAA and a 0.929 save percentage. Along with a fantastic Boston offense led by “Rocket” Richard favorite, David Pastrnak, Rask has helped the Bruins to a league-leading 100 points in 70 games, and he is very deserving of this NHL Award.

At the beginning of 2020, Cale Makar seemed to be running away with the Calder Cup; however, an upper-body injury sidelined Makar and let Quinn Hughes right back into the race.

The 20-year-old defensemen is now almost tied with the Colorado rookie in Calder betting odds after Makar’s brief absence. The Vancouver Canuck has only 8 goals, but he has still recorded 53 points on the season. Makar has only 12 goals but has a whopping 50 points, too. Though on paper, Hughes may have a slight edge on Makar, Vancouver is barely outside the second Western Conference Wild Card spot, and the Avalanche holds second place in the Pacific Division.

RELATED: Alexander Ovechkin and Wayne Gretzky to Play Game of NHL 20 for Charity

While Hughes is a fantastic blue-liner, Makar has defensive prowess and leadership better than Hughes, giving him the edge in the Calder Cup race.

Since November, there has been no question about who should win the Norris Trophy this year. John Carlson has not only been the best defenseman in the league this year, but one of the best players in the league entirely. He is undoubtedly deserving of an NHL award.

With his 15 goals and 75 points, Carlson leads all other defensemen by 13 points, and he leads the Washington Capitals in points. Carlson also has a +/- of 12 which is third among all Capitals players. Though he seemed to be a little lazy on defense during the Capitals’ skid just before the league’s suspension, Carlson has been a fantastic player in all three zones most of the season and is more than deserving of his first Norris Trophy.

In the first few months of the 2019-2020 NHL season, many Tampa Bay fans were very unhappy with the performance of a Lightning team that had an NHL-leading 128 points last year.

Many fans were pleasantly surprised, however, when the Lightning went on two separate winning streaks of 10 and 11 games in early 2020. Though Jon Cooper’s squad had two incredible streaks, the potential for many wins was there all season. The Lightning have one of the best rosters in the league, so though their comeback from the middle of the pack to second in the Atlantic Division is remarkable, Cooper does not deserve the Jack Adams award.

Travis Konecny has come from out of nowhere to become Philadelphia’s leading point leader this year with 61 already under Vigneault. The growth of Flyers players and the team as a whole proves Vigneault is more than deserving of the Jack Adams NHL award.