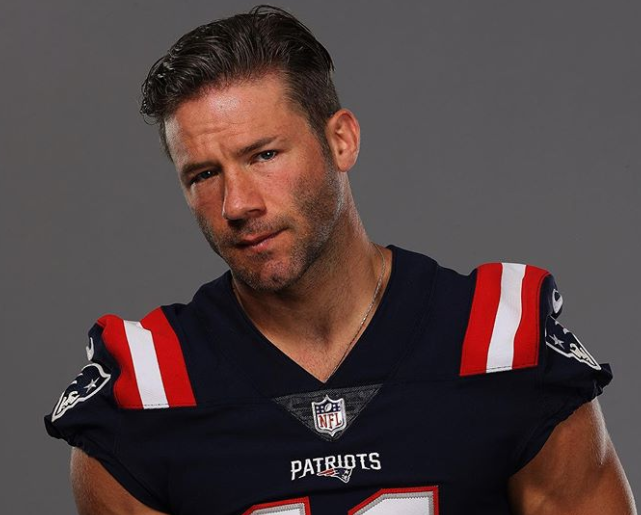 Patriots’ Edelman Talks about Transition from Brady to Newton; One MVP Quarterback to Another

Patriots’ Edelman Talks about Transition from Brady to Newton; One MVP Quarterback to Another

After future Hall of Fame quarterback, Tom Brady, signed with the Tampa Bay Buccaneers this offseason, the Patriots were left with questions surrounding the quarterback position for the first time in over a decade.

The Patriots were left with only two options at quarterback: Jarrett Stidham who was drafted in the 4th round of the 2019 draft and has thrown the ball a total of 4 times in the NFL. And Brian Hoyer, who has been in the NFL since 2009 and has played for 8 different teams and New England for 6 seasons.

Instead of settling for Stidham or Hoyer, the Patriots decided to go sign 2015 MVP, Cam Newton, to a one year deal.

Cam Newton was the first pick of the 2011 NFL draft after winning the Heisman Trophy his senior year. In 2015, Cam Newton lead the 17-1 Carolina Panthers to the Super Bowl, where they lost to the Broncos. Newton won MVP that year, receiving 96% of votes.

Patriots wide receiver, Julian Edelman, talked about Newton after they worked out together in July, “When you first meet him, just his stature. He’s — put together well. He has a great energy about himself. I was really impressed with his work ethic and mindset.” Newton stands at 6-foot-5 and weighs 245 pounds.

Edelman, who has been with New England since 2009, talked about Tom Brady’s absence,

“Obviously we played a lot of football together and I love him to death, but the train keeps moving, as it will when I’m not playing here,” Edelman said.