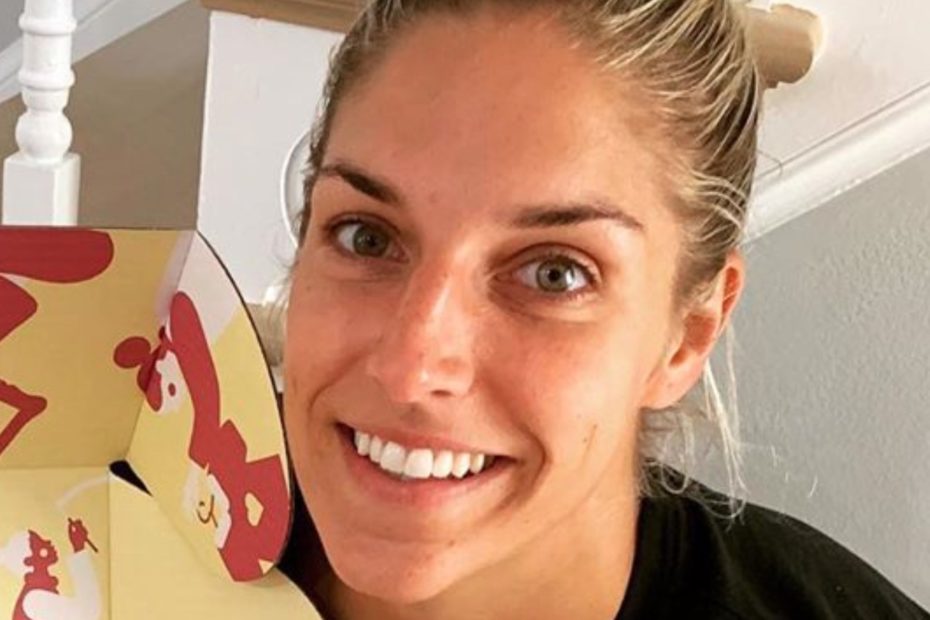 As At The Buzzer previously reported, star of the Washington Wizard Elena Delle Donne has been battling Lyme Disease since 2008. And as a result of that, Delle Donne thought it would be in her best interest that she opt out of the 2020 WNBA season that is prepared to begin at the end of the month.

RELATED: Elena Delle Donne Was Told She Shouldn’t Opt Out of 2020 Season Due to Her Battle With Lyme Disease

It’s a decision made by the WNBA that admittedly shocked Delle Donne. In a statement, the forward wrote, “I love my team, and we had an unbelievable season last year, and I want to play! But the question is whether or not the WNBA bubble is safe for me. My personal physician who has treated me for Lyme disease for years advised me that I’m at high risk for contracting and having complications from COVID-19.”

Now, she’s opening up more about the decision she faces as well as living with Lyme Disease. In an open letter shared with The Player Tribune, Delle Donne she began by revealing she takes “64 pills a day. Sixty-four pills. That’s 25 before breakfast, another 20 after breakfast, another 10 before dinner, and another 9 before bed.”

“…And I feel like it’s slowly killing me. Or if it’s not killing me, directly, then I at least know one thing for sure: It’s really bad for me. Longterm, taking that much medicine on that regular of a regimen is just straight-up bad for you. It’s literally an elaborate trick that you play on yourself — a lie that you tell your body so it keeps thinking everything is fine. It’s a never-ending, exhausting, miserable cycle. But I do it anyway. I do it anyway because I have Lyme disease. (Since I’m not a doctor, I say I have ‘chronic Lyme.’ It’s a shorter way for me to say that this disease is still affecting me after more than a decade — I prefer it to the alternative, which is ‘Post-Treatment Lyme Disease Syndrome with a current active infection with a different strain of borrelia and bartonella as well as other co-infections.’)”

As Delle Donne continued, for as long as she’s had Lyme disease, she’s been told she’s immunocompromised. So when COVID-19 hit, she took it very seriously right away. “I’ve had a common cold that sent my immune system spiraling into a serious relapse. I’ve relapsed off of a simple flu shot,” Delle Donne wrote. “There’s just been so many instances where I’ve contracted something that shouldn’t have been that big of a deal, but it blew my immune system out and turned into something scary.”

And although she knows how much work the WNBA put into making sure their staff and players remained safe once the bubble opened, Delle Donne realized that no matter how much work was put into it, it would be impossible to keep COVID-19 out.

“And then Florida cases started rising. And even if the bubble is the safest place in Florida….. if I had to go to a hospital, and the hospital was overwhelmed, then what? I still wanted to play, but I was scared. I talked to my personal physician about what the league planned to do, and he felt it was still too risky.”

So when she took her case to the panel there wasn’t a doubt in her mine that she would be approved for a health exemption from the bubble which would mean “the league excuses you from playing, but you don’t have to give up your salary.”

But that’s not what happened. “A few days later, the league’s panel of doctors — without ever once speaking to me or to either of my doctors — informed me that they were denying my request for a health exemption. I’m now left with two choices: I can either risk my life….. or forfeit my paycheck. Honestly? That hurts.”

Although, Delle Donne is still thinking about her future, the basketball star is hoping to be a better advocate for those living with Lyme disease. She also wanted to point out that she realizes there are millions of people facing far worse situations than her and wants “to express my deepest solidarity with them.”

And lastly she added the biggest lesson she’s learn from all of this. And that is, “There’s so much in the world that we don’t know.”