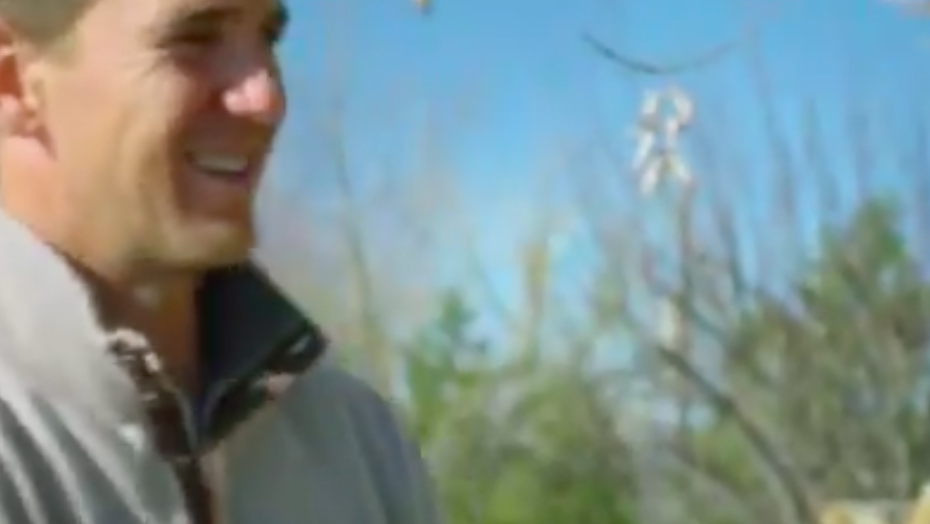 Real recognizes real. This rings true and applies to the NFL quarterback category, as well. Eli Manning, who knows a thing or two about winning the Super Bowl (literally, as he’s won it two times), recently talked about Tom Brady‘s Super Bowl run with another team not-named-the-Patriots.

Though the quarterbacks competed against each other with their respective teams, even in Super Bowls, there seems to be nothing but respect between Manning and Brady.

RELATED: What Christmas Was Like For Peyton Manning And The Manning Household Growing Up: ‘Shockingly, A Lot Of Sports Involved Around Christmas Time’

This was evident when Manning spoke to Sports Illustrated’s Madelyn Burke. Manning talked about Brady, including what he texted the record-breaking quarterback after the Super Bowl.

“I sent Tom a text, just congratulating him and really just saying how not surprised but impressed with what he was able to do this year with Tampa,” Manning said to Sports Illustrated’s Burke.

Manning also talked about how impressive this Super Bowl was, given the extra challenges the season presented along with Brady winning it in his first year with a new team in the NFL after spending two decades in New England.

“And changing teams, going a shortened season…lockout and pandemics and everything going on and to still learn a brand new offense and make those adjustments and go win a championship is pretty spectacular,” Manning said via Sports Illustrated. “So, known Tom a long time and just wanted him to know that i was impressed along with a lot of other people.”

“One of the reasons I did retire is I didn’t want to make that change,” Manning said to Sports Illustrated. “I didn’t want to have to move my family, start all over, go to a different organization that maybe does things different than what you’ve been doing your entire career…he was able to go there, implement some of the things that he’s had success with but also make those changes and learn, grow as a player, as a teammate. And so just a lot of respect for Tom…not just this year but his entire career.”

You see? The respect is real. Including from Tom when he sent a congratulatory tweet about Eli:

If Eli didn’t win those two, Tom would have nine Super Bowls. But, the team effort from the Giants helped in getting those two Giants Super Bowls against the Patriots.

“I’ve been around Tom a number of times and see how competitive he is,” Manning said in 2020 according to USA Today Patriots Wire’s Henry McKenna. “We joke around a little bit, but I think it’s not real funny to him…Everybody wants to make it me versus Tom Brady. It’s the Giants versus the Patriots. The defense was outstanding, guys made plays. David Tyree, Mario Manningham, Plaxico Burress in the corner of the end zone … You just cherish those moments.”

This past Super Bowl was another moment Brady cherished and Manning was able to respect.