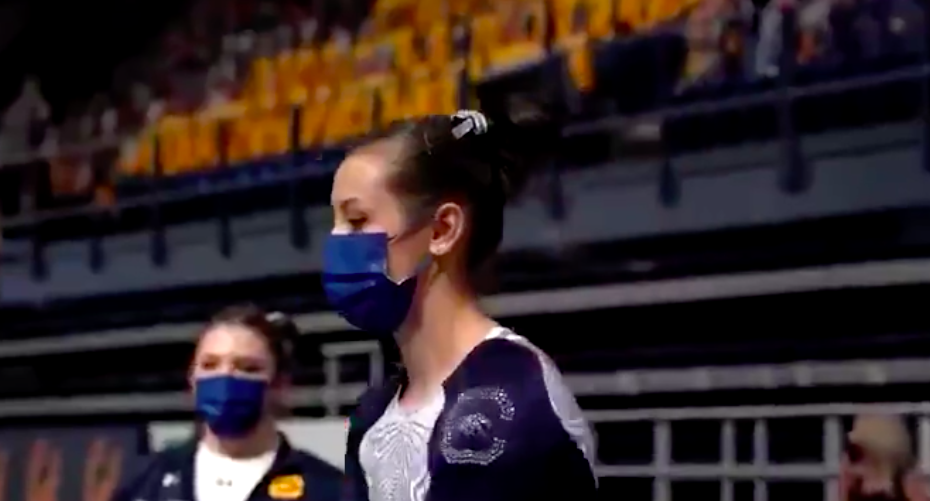 Emi Watterson is from Brisbane, Australia and competing with the Cal Gymnastics team.

You can add another Pac-12 Specialist of the Week to her resume as she was recently given that award again recently.

The award came after a week where this happened:

“Watterson, a senior at the University of California, Berkeley…successfully earned a perfect score during the routine against the University of Utah…making her only the second gymnast in her school’s history to do so and the first since 1992” according to People.