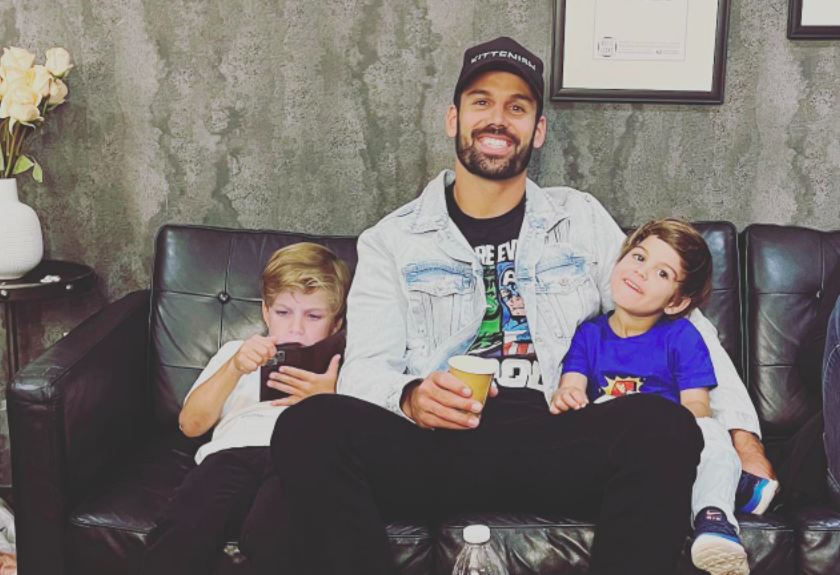 The father of three had the opportunity to showcase his athletic talents in high school, where he played football, basketball, and baseball. During his time with his high school football team, his abilities became apparent when he was named MVP two years and a row and completed his preparatory education with 2,156 receiving yards and 28 touchdowns under his belt.

He went on to attend the University of Minnesota where he played all four years. Despite also making the Major League Baseball draft in 2008 and 2009, Decker was drafted by the Denver Broncos in the 2010 NFL Draft.

He was an essential asset in leading his team to an AFC championship win in 2013 and continues to hold the Broncos’ record for most receiving touchdowns in a single game. In the eight years he spent with the NFL, he also spent time with the New York Jets, New England Patriots, and the Tennessee Titans.

As a prevalent figure in the world of football, his retirement in 2018 left many fans wondering what’s next for the athlete. Although he seems committed to his retirement life and is enjoying his time as a real estate investor, it seems as though he is raising the next NFL superstar.

Is Eric Decker II the next big NFL wide receiver?

The wide receiver’s son, Eric Decker II, is only six years old but is showing nothing but promise on the field. In a video posted to Instagram, the retired athlete shows off his eldest son’s flag football game in which little Eric dominates the game.

In less than a minute, the child was able to demonstrate multiple skills: attentive and keeping his eye on the ball, he caught an impressive forward pass and speedily outran his competitors. Needless to say, it’s clear that athletic ability runs in the family.

With over half a million views, plenty of comments flooded the post in support of the future NFL player. From fans to fellow athletes, everyone unanimously agreed that the 6-year-old Decker son will go down in football history.

Kenny Bell, former wide receiver for the University of Nebraska and the Tampa Bay Buccaneers even commented, “Young man looks good in that Red! Putting him on Nebraska’s radar early!”