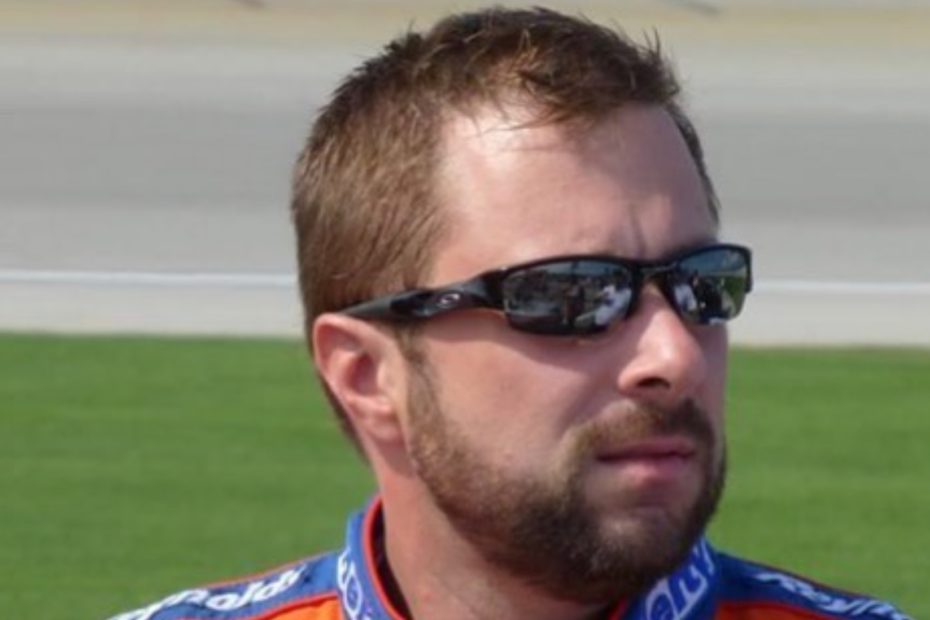 A family within the NASCAR community and fellow drivers are going through the unthinkable right now as they recently experienced tragedy.

According to NASCAR.com, “Former NASCAR driver and team owner Eric McClure, who made nearly 300 starts in the NASCAR Xfinity Series in a career that spanned from 2003-16, died Sunday. He was 42 years old.”

NASCAR.com stated that the 46-year-old’s cause of death was not immediately released, however, his passing was confirmed by his family and other NASCAR officials.

“The Associated Press reported that his body was sent to nearby Roanoke for an autopsy, according to the Washington County, Virginia sheriff’s office.” According to reports, McClure had suffered through multiple serious health issues during recent years. Some of those ailments included a diagnosed lung infection and a severe musculoskeletal disorder around the summer of 2019.

According to ESPN, “McClure said in 2013 he had been diagnosed with acute renal failure, and in 2019 he said he was being treated for kidney failure in both kidneys.”

“We are saddened to learn of the passing of former driver and owner Eric McClure. NASCAR extends its deepest condolences to Eric’s family and friends,” NASCAR said in a statement per NASCAR.com. McClure was a father of seven, all of which are daughters.

At the time of his passing, the race car driver was engaged to Keira Brinegar. Keira issued a statement following his sudden passing via a tweet that read, “Eric, I will love you until my last breath. Please wait for me until then. I love you more.”

“The family of Eric Wayne McClure, former NASCAR driver, announces with great sorrow his passing on Sunday,” The McClure family said in a statement according to NASCAR.com. “They would like to thank everyone for their prayers and support during this very difficult time.”

As NASCAR reported, “McClure was known for his longevity and his team’s underdog spirit, but his career was also marked by severe crashes.” McClure said this about a crash that sidelined him:

“I am a better person because of what happened. I could talk for two hours about how this has really impacted our lives, but it’s way too much drama unless people have gone through something traumatic. It was huge for our family. It just uprooted everything we were used to. It made us think about career steps, family steps, what we need to focus on. When people go through things, it affects them differently and not everyone can relate to that situation, but for me, it’s just still surreal.“

The NASCAR community and more people are remembering their fellow driver:

“I don’t even know what to say right now,” Jacob Seelman tweeted. “@ericmcclure was a friend and someone who had been working with me through a lot of my mental health issues. I just saw him a little more than a week ago and talked with him Friday. I’m stunned and completely gutted. This one hurts.”

“I never watched him growing up, but from what I heard, he was a very loving and kind man off the track, and a solid driver on the track,” Noah C Cornelius tweeted. “Rest In Peace, Eric McClure…”

“We are saddened by the news regarding Eric McClure’s passing,” Mike Harmon Racing tweeted. “We extend our deepest condolences to his fiancé, family, friends, and those who knew him within the NASCAR community. Rest in paradise Eric.”

“I remember meeting him several years back prior to an xfinity race in Phx,” Jennifer DelPrincipe tweeted in reply to Mike Harmon Racing’s tweet. “He was so sweet to our kids, humble and proud of his own children too. RIP, Eric.”

“Really saddened and shocked to hear about Eric McClure, Praying for his family in this time,” Jeremy Clements tweeted. “RIP Eric”.

Prayers up to McClure’s family, friends, and loved ones as they grieve, go through the unthinkable, and celebrate their beloved’s life.