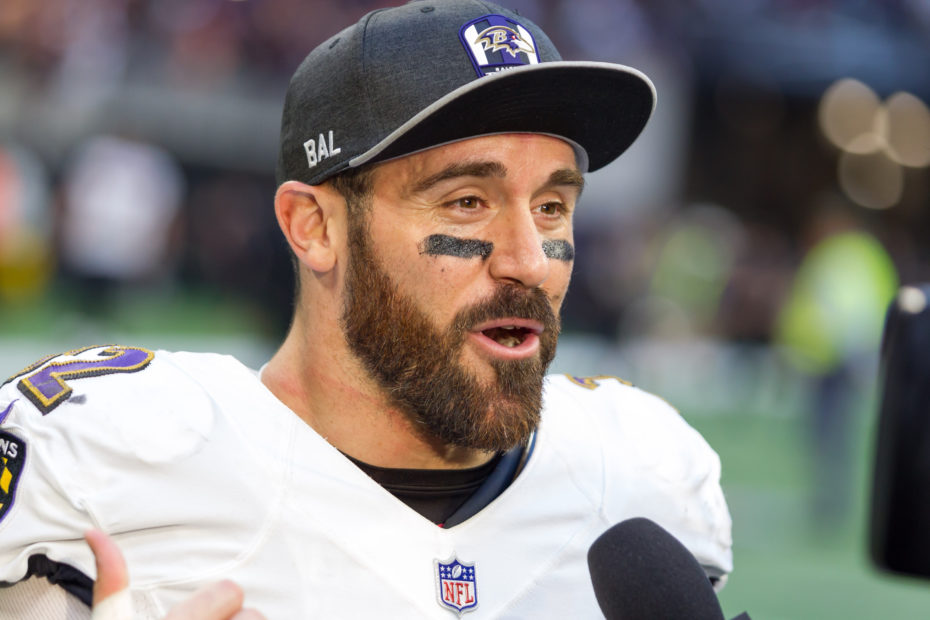 Months ago, retired athlete Eric Weddle was happily living his life divorced from the National Football League. On Sunday, he put the jersey back on and helped the Rams earn their Super Bowl victory.

In 2019, the 37-year-old stepped away from the NFL after playing for 13 consecutive seasons. He was a second-round pick for the San Diego Chargers in 2007, but his final season was played with the Los Angeles Rams two years ago. During his season with the Rams, he quickly made a name for himself as a leader; he went on to be voted as a team captain and even took o the responsibilities as an on-field signal-caller.

Yet, he still decided his time playing football was coming to an end. For two years, there has been radio silence from Weddle. Until now…

When the Los Angeles Rams safety player Jordan Fuller announced that he would not be in the playoffs due to an ankle injury, Weddle gladly came out of retirement and signed on to be a part of the team’s practice squad. It wasn’t long before he was promoted to the active roster and dominating on the field. In fact, he was responsible for nine tackles in the NFC championship game against San Francisco, which allowed the team to progress onto the Super Bowl.

Weddle faced off against the Cincinnati Bengals on Sunday and went on to win his only Super Bowl title in his substantial playing career. What is perhaps more impressive than this momentary retirement from being retired is that he played the game with a ruptured pectoral muscle, an injury that would typically leave a normal athlete sitting out of the game.

According to The San Diego Union Tribune, Dr. David Chao, a former physician for the San Diego Chargers, reported, “The normal in the NFL (with that type of injury) is to exit the game right away and you don’t come back to that game.”

The doctor elaborated on exactly how the injury alters a person’s ability to perform and shared, “You can’t bench press, you can’t do a push-up, you can’t do a (weight-training) fly.”

With this contextualization, Weddle’s on-field performance is all the more impressive. Although he certainly proved he is still a force to be reckoned with, it seems this time that his retirement will be more permanent.