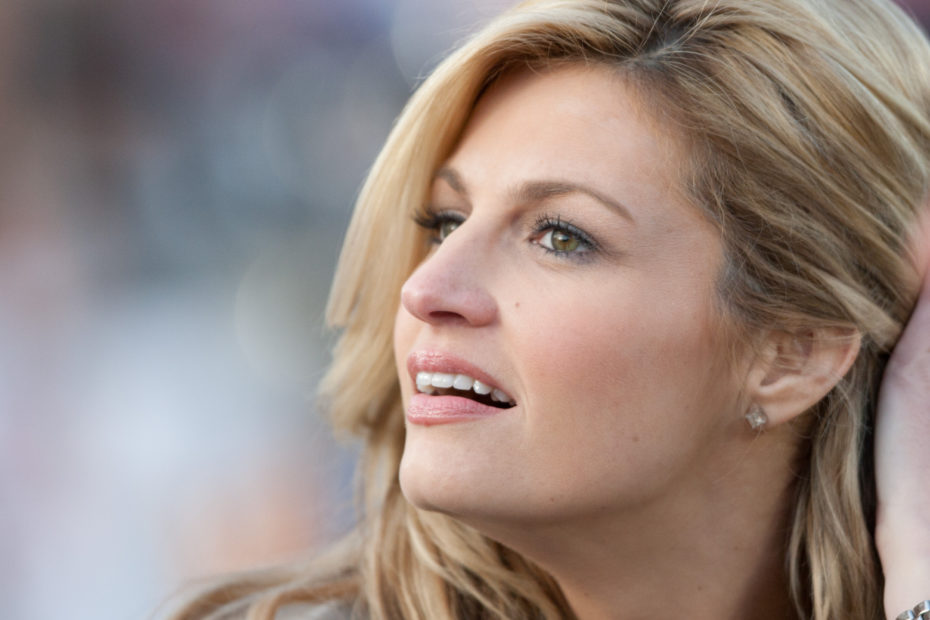 Erin Andrews, 44, Discusses Her Road Side Near Death Experience

American sports commentator Erin Andrews recently discussed with Charissa Thompson on Thursday’s episode of their iHeart Radio podcast Calm Down with Erin and Charissa the time she almost died on the highway.

The commentator revealed that last week, while a driver was taking her from Chicago to Green Bay for last week’s Green Bay Packers-Minnesota Vikings, he fell asleep at the wheel.

The incident occurred while Andrews was on a conference call with Fox broadcasters Kevin Burkhardt, Greg Olsen, and Green Bay Packers quarterback Aaron Rodgers. She relayed that while she was on the call she began to hear snoring, but ruled out her colleagues as being the perpetrator. “I’m typing, headphones are working, we’re good. I hear snoring. I know it’s not Greg Olsen, Kevin Burkhardt or Aaron Rodgers snoring. It’s my driver who fell asleep at the wheel. On a highway from Chicago,” she detailed.

Thompson proceeded to clarify with her co-host and stated, “Timeout. What do you mean he fell asleep at the wheel?” In response, Andrews confirmed, “Snoring. Sleeping.”

When Thompson continued to ask questions surrounding the situation, the 44-year-old began to open up about the harrowing incident. She began sharing that while the car was moving at 65 MPH, her mind was overcome with anxiety.

Despite her driver waking up, the journalist’s anxiety did not waiver until she safely arrived at her destination. Andrews described buying the driver a coffee, to which he refused to drink it. “He doesn’t drink it. The entire car ride I am like, ‘Ahem, ahem, ahem,’ monitoring if he’s sleeping at the wheel,” she described.

Thankfully, the Fox News reporter made it safely to Green Bay and was able to end the story on a high note. Andrews concluded with sentiments, “[I did] the interview with Aaron, it went great.”