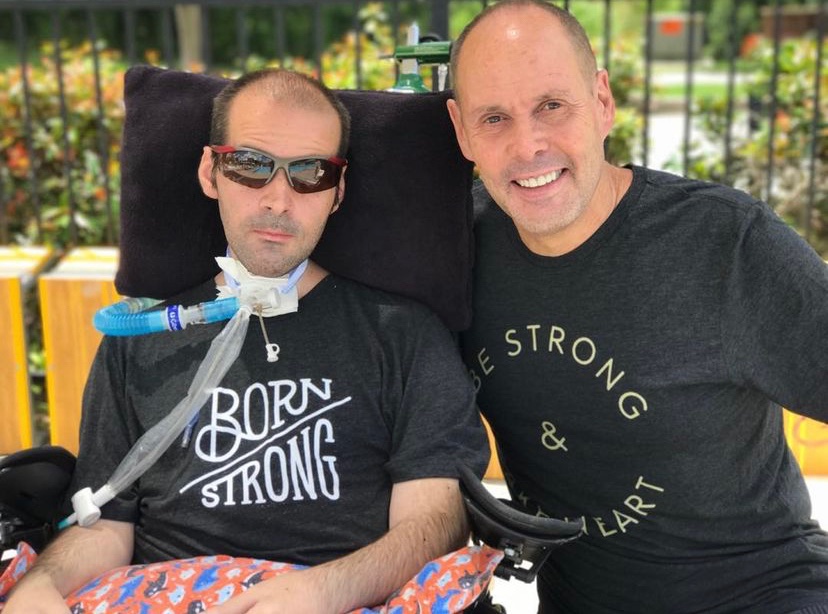 Ernie Johnson, a sports commentator for Turner Sports, announced on social media that his son, Michael Johnson, has sadly passed away at the age of 33.

“We are grieving and at the same time so grateful for having been witnesses to a miraculous 33 years with Michael,” the 65-year-old father of 6 initially announced on Twitter.

Alongside sharing the devastating news on Twitter, the Inside the NBA on TNT wrote a touching passage in tribute to his late son on Instagram. One of four adopted children from Ernie and Cheryl, it is clear that Michael touched the lives of all who had the opportunity to meet him.

“This guy we adopted from Romania in 1991 and diagnosed with Duchenne muscular dystrophy lived a miraculous life of 33 years,” he revealed. He went on to include, “We lost Michael Johnson today and we’re crushed. But we also know we’ll see him again…and that sustains us.”

According to the Mayo Clinic, Duchenne muscular dystrophy is a “group of diseases that cause progressive weakness and loss of muscle mass. In muscular dystrophy, abnormal genes (mutations) interfere with the production of proteins needed to form healthy muscle.”

The symptoms can vary from person to person but most often appear in childhood and are more common in boys than girls. Michael’s condition was so severe that he had to be put on a ventilator due to the respiratory issues the disease caused.

The passing of a loved one is a very vulnerable time and the sports commentator has been given love from the company he belongs to. Upon hearing the news, Turner Sports offered their “deepest condolences” to Michael’s family.

“We are heartbroken over the passing of Cheryl and Ernie’s beloved son, Michael, a true hero who uplifted and brought joy to everyone he touched,” the network commented in a statement. They additionally included the sentiments, “The family’s love, faith, and commitment to one another will forever be an inspiration to us.”

Furthermore, the NBA also reached out to give condolences. In their statement, they shared the loving message, “The NBA mourns the passing of Michael Johnson, the son of Turner Sports’ Ernie Johnson. Michael was admired by so many around the league for his remarkable courage and perseverance.”

“We send our heartfelt condolences to Ernie, Cheryl, and their family during this difficult time,” they concluded.