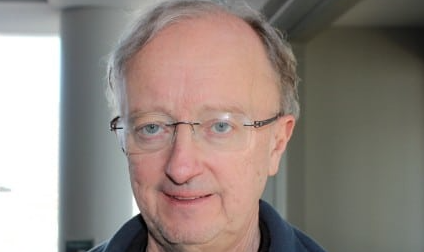 John Clayton, a historic NFL journalist mostly known for his work on ESPN, passed away on Wednesday at the age of 67.

“The Seahawks are heartbroken to learn of the passing of John Clayton after a battle with a brief illness,” the Washington-based football team wrote in a statement shared on social media. “We send our deepest condolences to [his wife] Pat and the Clayton family.”

Clayton’s career in journalism can be traced back to his teenage years when he began working with The Pittsburgh Press to cover the Steelers in the 70s. From there, he went on to work alongside the notable news outlet ESPN. At the time of his death, he worked with the Seattle Seahawks as a sideline reporter for their news radio network.

“He brought an even-handedness and a fairness and a voice of reason to reports at a time when the kind of bombastic debate shows and less substantive, more entertaining forms of programming were becoming more popular,” said Mike Sando, a lifelong friend of Clayton who works as a senior writer for The Athletic.

As a man who didn’t seem traditionally drawn to football – sporting a small stature, glasses, and average haircut, he catalyzed what modern football journalism looks like.

“Of course, you can see my body — you can see I didn’t have the ability to compete on the football field,” Clayton relayed to USA Football in 2013. “It just wasn’t there. But I loved the game so much.”

And, his love for the game was evident. His dedication to the sport caused him to be regarded as one of the best sports journalists of all time, Sando going as far as stating, “John pioneered the granular way in which the league is covered today.”

For example, he introduced spreadsheets on players’ salary caps and finding out ahead of a game who the inactive players would be.

In addition, according to The New York Times, Clayton revealed, “that the Steelers had violated N.F.L. rules when their players used shoulder pads during a minicamp practice — a revelation that he called Shouldergate and that resulted in the team’s losing a third-round draft pick.”

The reporter passed away in a Bellevue, Washington hospital and will be dearly missed by the NFL community.