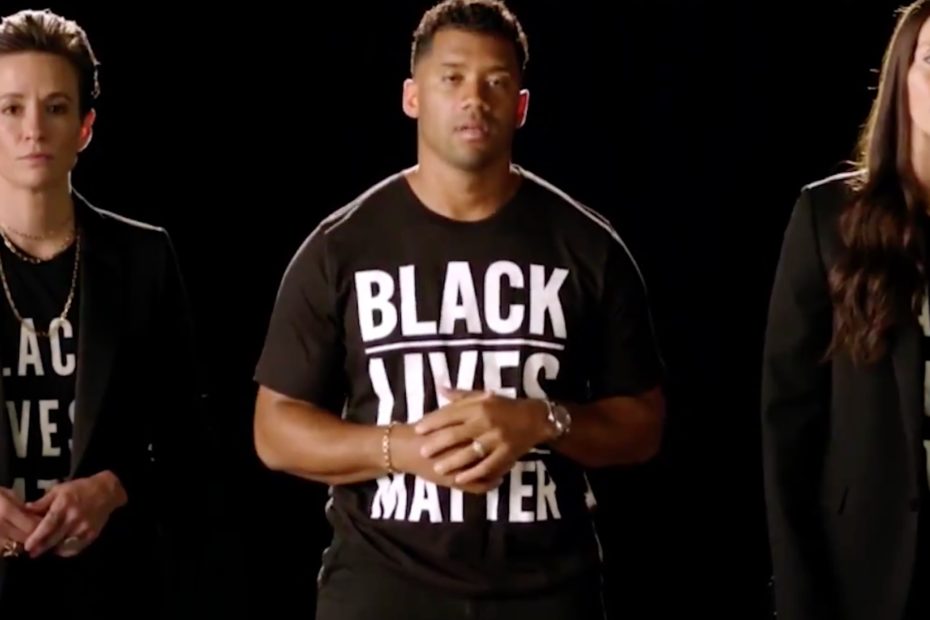 While wearing shirts that read “Black Lives Matter,” ESPYS hosts Russell Wilson, Megan Rapinoe, and Sue Bird began the award show with a powerful speech regarding the Black Lives Movement and a call to action against systemic racism.

While highlighting über successful black athletes like Muhammad Ali, Serena Williams, Jackie Robinson, and Bill Russell, they also talked about their valiant fights for basic human rights. And Wilson talked about the fear he has for his black children as they grow up in a world where racism still exists.

The three hosts then called for the world of sports to continue working toward that change we so desperately need. “It’s important that we keep this dialogue going and this energy alive,” Rapinoe continued. “For centuries, there have been fights for justice and equality in this country led by black people. This movement is no different. But as white people, this is the breaking point. This time we have to have their backs.”

To watch the full opening dialogue watch the video below:

Additionally, the ESPYS also drew attention to the See Her movement as well.

The goal of See Her is to “change the way women and girls are represented in media.” The movement is to make female representation more diverse. Whether it be to “emphasize their diversity, complexity, their strength, or their overall bad-*ssness.”

Bird then announced the new partnership between See Her and AT&T, called “See Her in Sports.” The goal is to “level the playing field by making women’s sports more visible. and inspiring the next generation of women athletes.”

And this year, many of the ESPY Awards went to the unsung heroes in sports rather than the ones who have already become household names.

Taquarius Wair is a college football player who narrowly survived a house fire when it was just 4-year-old. Since his miraculous recovery and the loss of several of his fingers, he has been able to defy all the odds and now he hopes to one day play in the NFL.

Kim Clavel is up and coming boxer who put her dreams of becoming a world-class fighter on hold in order to help those in assisted living facilities during COVID-19. “My need to help is bigger than my fear.”

What did you think of this years ESPY Awards?