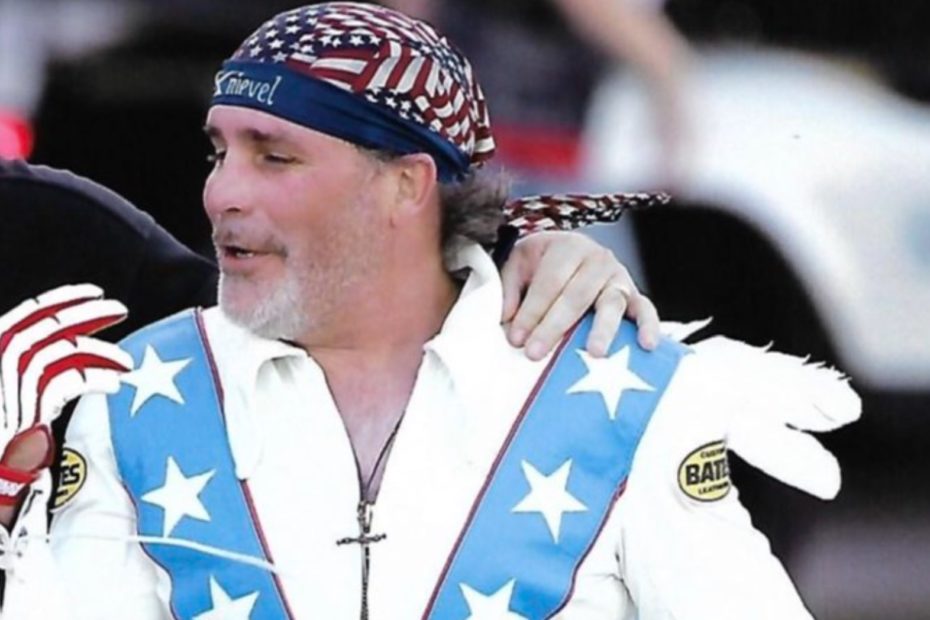 Robbie Knievel, son of popular stuntman and daredevil Evel Knievel, passed away on Friday after battling pancreatic cancer. He was 60 years old.

His brother Kelly confirmed to the Associated Press that the performer who set records with daredevil motorcycle jumps entered hospice care in Reno, Nevada, and died early Friday morning. “Daredevils don’t live easy lives,” Kelly relayed. “He was a great daredevil. People don’t really understand how scary it is what my brother did.”

According to Kelly, Robbie passed away with his daughters Krysten, Karmen, and Maria by his side. Although funeral services have not yet been scheduled, the stuntman will reportedly be buried with other family members in Butte, Montana.

Born on May 7, 1962, Robert Edward Knievel was “born to be a motorcycle stuntman”. Continuing the legacy of his legendary father, Robbie began riding motorcycles “when he was old enough to hang on to the handlebars,” his brother said. Considering he was taught by the best of the best, it is no surprise Robbie quickly demonstrated his own talents in the world of stunt performances.

At the age of 8, he performed his first stunt at Madison Square Garden. From there, he began touring around the world with his notable father.

Despite performing with his father from a young age, Robbie left home at the age of 19 to pursue a solo career. “My dad struggled with the idea of passing the baton to me,” Knievel once wrote, according to the New York Times. “He saw me as one of the many competitors who were trying to outjump him, but in reality, I was his biggest fan.”

One of his larger jumps happened to be over 10 parked vans, to which he became so anxious he developed a fever. However, with the wise advice of his father in mind, he was able to complete the stunt: “It’s normal for you to be nervous. The bigger the crowd, the better you’ll do.”

Throughout his impressive career, Knievel suffered multiple injuries, including hurtling over part of the Grand Canyon in 1999, breaking several ribs in the process. Additionally, he crashed into the 22nd of 25 pickup trucks lined up across a 180-foot span in Cerritos, California. According to the daredevil himself, “I am lucky I am still able to walk.”

With a substantial career under his belt at the time of his death, Robbie Knievel will be missed by family, friends, and fans who love his thrill-seeking ways.