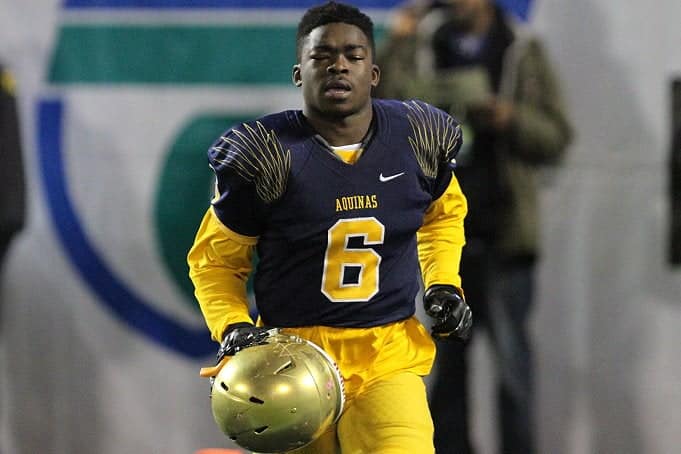 Sam Bruce of the University of Miami’s Hurricanes was found unresponsive at the scene of a car crash in Ft. Lauderdale, Florida.

At the time of his death, the former NCAAF player was only 24-years-old. After authorities confirmed the tragedy, Tracye Wilkerson, mother to the ex-football player, opened up about her feelings surrounding her son’s passing.

Fort Lauderdale Police Detective Ali Adamson, a spokeswoman for the department, relayed the information that authorities responded to a crash last Wednesday that took place on 800 NW 22nd Road. The crash was reported at approximately 8:30 pm and Bruce was said to be seizing behind the wheel. Police have not revealed whether or not other vehicles were involved in a collision, but do not suspect foul play was involved.

“At this time, the circumstances surrounding this incident are not suspicious and foul play is not suspected,” Adamson commented in a statement, according to a local news outlet.

When paramedics arrived at the scene, they began practicing CPR on the 24-year-old. Unresponsive, he was transported to a nearby hospital where he died the next morning.

Sam Bruce’s former school makes a statement in regards to his death.

In addition to his academic background with the University of Miami, Bruce was also an alumnus of St. Thomas Aquinas High School. After making a significant impact on both schools, both of his football teams were devastated to hear about his passing.

Although he never had the chance to regularly play with the Hurricanes following a freshman year dismissal, he was one of the most sought high school players in the country during his time with St. Thomas Aquinas. In fact, his former coach Daniel Luque argued he was one of the best high school athletes to ever play the game.

As an impressive receiver that helped lead his team to multiple state championships, Bruce was strongly favored by his high school’s head coach.

“He touched a lot of peoples’ hearts because of who he was and how impressionable he was as a young man, and it’s just really sad to see that type of kid pass away at such an early age because he had so much to give the world,” Luque said of Bruce. He included the sentiments, “A lot of people play football, but Sam was a football player. He lived it, he loved it. We need air, Sam needed football.”