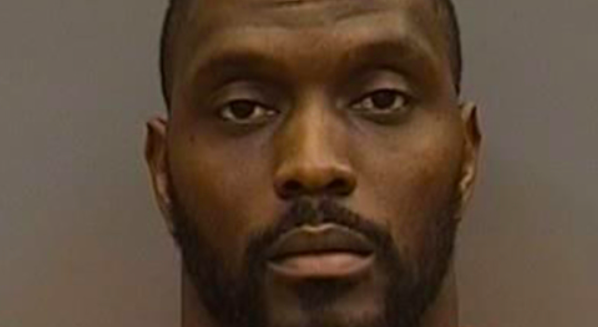 Orson Charles, former tight end for the Cincinnati Bengals and the Cleveland Browns, was arrested in Tampa after pulling a gun on two off-duty police officers.

The incident occurred on Friday night in the Ybor City neighborhood at the intersection of 19th Street and 8th Avenue. According to a local news outlet, the former NFL player was attempting to park when another vehicle occupied by two police officers beat him to the spot.

Allegedly, the ex-athlete retrieved a gun from under his shirt and threatened to shoot his parking offenders. When the law enforcement officers showed their badges to him, he responded, “I don’t give a [redacted]; I have one in the head.”

Not wanting to engage in a fight, the officers fled the scene and reported the incident to an off-duty Hillsborough County Sheriff’s Office deputy. They followed closely behind the deputy until Charles was taken into custody. His arresting officers stated in their incident report that the football player’s concealed permit to carry a weapon was expired and that he had a misdemeanor amount of marijuana in his possession.

In the booking process, Charles was charged with concealing a firearm, aggravated assault with a deadly weapon, possession of a controlled substance, and introducing contraband into a detention facility, three of which are felony offenses.

This was also not the 31-year-old’s first run-in with the law. According to ESPN, he was charged with wanton endangerment in Kentucky after driving erratically on the highway. When another driver reported him, police searched his vehicle and found a Smith & Wesson semiautomatic handgun.

Additionally, a month before the 2012 NFL draft, Charles was arrested and charged with a DUI in Athens, Georgia.

He completed his education at the University of Georgia in 2011, where he was a first-team All-SEC selection for their football team. During his college years, he caught 94 passes for 1,370 yards and 10 touchdowns.

The Bengals went on to select him as a fourth-round pick. He played with Cincinnati for two seasons before playing for the Detroit Lions in 2016, the Kansas City Chiefs in 2017, and the Cleveland Browns in 2018. Throughout his eight-season career in the NFL, he caught 14 passes for 185 yards.