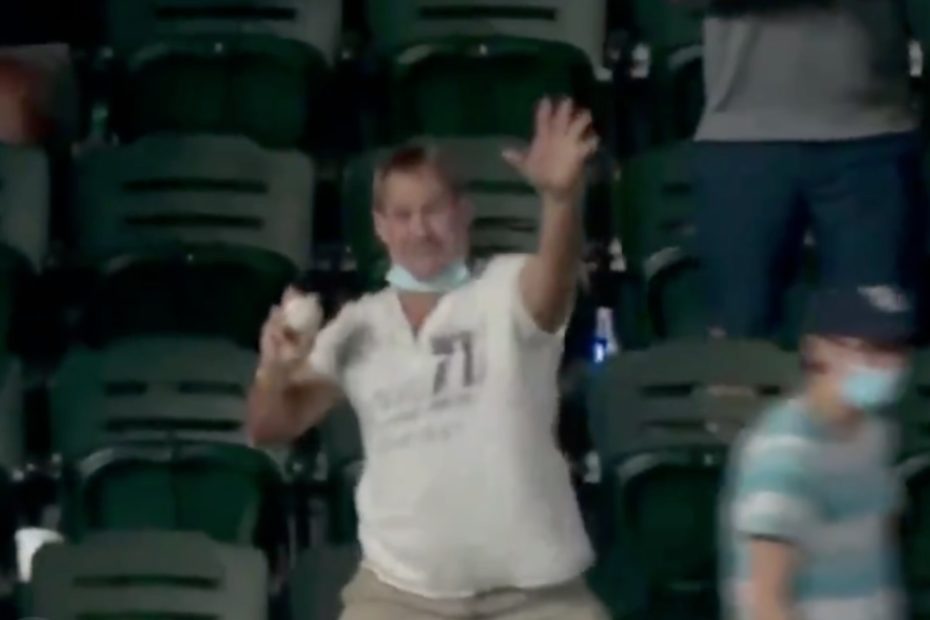 “Man, the people in this ballpark know how to make plays,” Joe Buck, Fox’s play-by-play announcer said during the broadcast of Game 2 of the World Series. And no, he wasn’t talking about the LA Dodgers or the Tampa Bay Rays, Buck was talking about a fan in the stands, who caught a home run ball.

This is how it all happened. It was the bottom of the sixth inning with one out, a 1-1 count. The Rays’ Nick Anderson is on the mound. He makes the pitch and Will Smith, of the LA Dodgers, crushes it to left field.

The solo home run wouldn’t help the Dodgers win as the Rays would go on to tie the World Series at one game apiece. Still, the real winner of this play was this fan, sitting socially distanced in left field:

But, that’s not all! After catching the home run ball, the fan throws his glove onto the field in what is believed to be a unique form of celebration?

“What? … And Arozarena, I’m sure, is as confused as the rest of the world, he caught the ball, he kept the ball, throws his glove onto the field in a moment of sheer ecstasy,” Buck said on the broadcast. “And then, gets it back, I guess, or he brought two.”

The Rays ended up winning the game 6-4. Game 3 takes place on Friday in Arlington, Texas at the Texas Rangers’ home field.