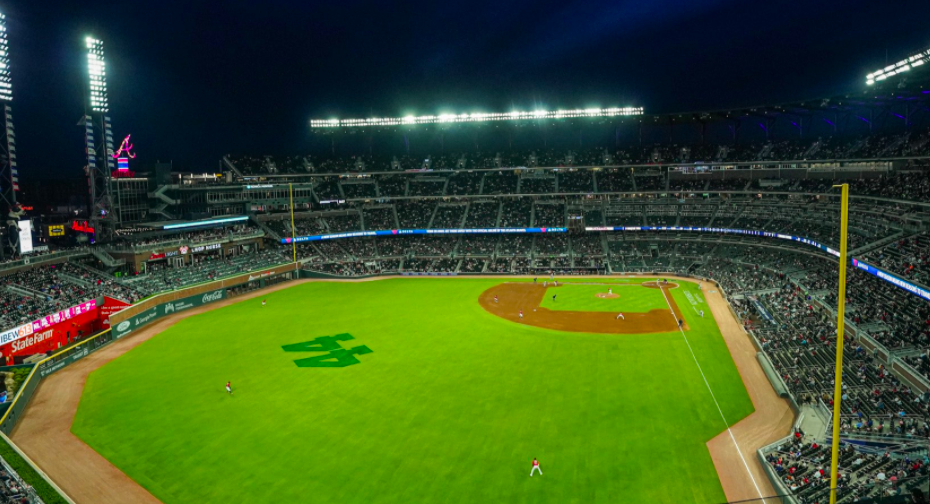 Fan Makes Nice Catch As Kole Calhoun Goes For Fly Foul Ball, You Have To See What Happens Next

Well, you know the next part of this song. You can buy peanuts and Cracker Jacks but you can’t buy what happens in this baseball game. It’s a priceless moment:

Just watch as Arizona’s Kole Calhoun was going for a foul fly ball, leaned over the fence, then encountered a fan who, how would you describe this, snagged it away.

RELATED: Watch This: In ‘One Of The Best Moments You’ll Ever See On The Baseball Diamond’, Trey Mancini ‘Got A Hit In His First At Bat Back From Colon Cancer’

And Calhoun’s reaction to the whole moment is one that people are respecting! “Kole Calhoun is such a dude for this,” one Twitter user wrote.

Because really, you can’t be made about this can you? “Seriously, hats off to Kole Calhoun on this play. He could have easily gotten upset but giving a young fan a memory of a lifetime is more important than an out. Great job,” another person added.

So, it’s root, root, root for the home team (in this case, the Atlanta Braves) but you’re also rooting because the away team’s right fielder made a play that goes beyond the win and loss column.

Here’s what the fan and Calhoun said about this special moment:

“I told him, ‘Hey, you realize you’re going to be the No. 1 play on SportsCenter tonight.’ And he looked at me dead in the face and he goes, ‘I’m already blowing up on TikTok.’ I was dying laughing,” Calhoun told reporters.

If they don’t win, it’s a shame…The Braves ended up winning 5-4, so no shame there!

But, two days later, no shame for Calhoun and the Arizona Diamondbacks because they won the next two game in the series on the same day, shutting out the Braves 5-0 in the first of the doubleheader. And Calhoun did this in the first game:

The Diamondbacks would win the second game in the doubleheader, as well, this time shutting out the Braves 7-0.

For it’s one, two, three strikes (in this case, nobody’s out because this was a win-win in this series) of the old ballgame!