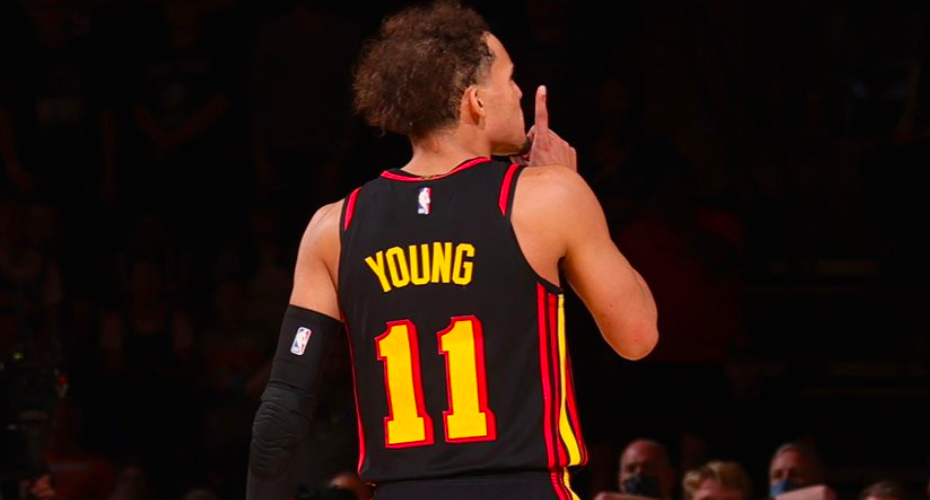 As the Knicks took in their first playoff win and fans were celebrating, there was a disgusting video circulating on Twitter of what appeared to be a fan spitting on Trae Young.

It caught the attention of the Hawks point guard and here’s what he had to say, jokingly shrugging it off:

That’s just messed up. Nobody should be spitting at anyone. That is really one of the ultimate signs of disrespect. You just simply don’t do that.

Yet, it happened. And here’s how the Knicks responded:

“We investigated the matter and determined that this patron, who is not a season ticket holder, did indeed spit on Trae Young, and for that reason, he is now banned from The Garden indefinitely,” the New York Knicks said in a statement. “We apologize to Trae and the entire Atlanta Hawks organization for this fan’s behavior. That was completely unacceptable and will not be tolerated in our venue. We have turned the information over to the appropriate authorities.”

Good for the Knicks in taking this matter seriously and apologizing to Trae and the Hawks.

Julius Randle also had Trae’s back. Here’s what he had to say:

Randle went on to say

“I don’t care what arena it’s in, whose fan base it is…(there’s) just…absolutely no place for disrespecting anybody in any capacity and especially spitting on a man, that’s ridiculous,” Randle said.

It looks like Young himself is taking the higher road. Not only did he laugh it off asking if 50 cent and who he was with was “good” since the video appeared to fly over their heads. The Hawks guard also “has declined to press charges against the fan” according to ESPN’s Andrew Lopez.

“We appreciate the Garden’s response to the incident, and Trae’s focus remains on his teammates and Game 3,” Young’s agent, Omar Wilkes, said per ESPN.

Young tweeted the morning after the game, saying “Keep ya mask on my boy…#ThatsJustChildish”, apparently directed at the guy who may have spit at him.

Recognizing the childishness that happened towards him, along with all the other banter he was receiving fro Knicks fans, he just let his game speak. Young put up 30 and seven assists in Game Two.

And in Game One, when the Hawks won, Trae had 32 points, ten assists, and seven boards.

Young tweeted a picture of him silencing the crowd, saying “What they gonna say next?… 1-0 #WeMove“.

Though the Knicks won the second game, Young and the Hawks are moving on to their home. Which, I’m sure will be a good change fo scenery for Trae and the Hawks.