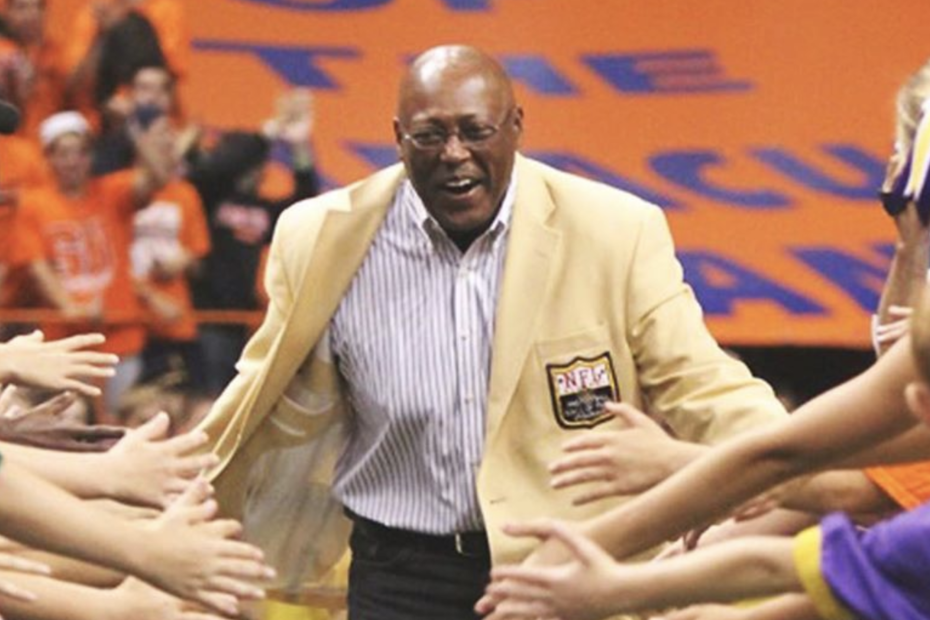 Hall of Fame Running Back, Floyd Little, Diagnosed With Cancer

Hall of Fame Running Back, Floyd Little, Diagnosed With Cancer

Floyd Little was born on July 4, 1942, in New Haven Connecticut. After 4 years at New Haven Hillhouse High School, Little received college offers from the United States Military Academy and Notre Dame, but he instead chose Syracuse.

In his Sophomore, Junior, and Senior years at Syracuse, Floyd Little was a three-time all American. Little also finished 5th in Heisman voting in both 1965 and 1966. In 1983, Little was inducted into the College Football Hall of Fame.

In his first 5 years in the NFL, Little made the Pro Bowl 4 times, and one additional time in 1973, two years later.

After the 1975 season, Floyd Little retired.

35 years after his retirement in 2010, Little was inducted into the Pro Football Hall of Fame alongside Jerry Rice and Emmit Smith.

RELATED: Dee Ford Had Knee Surgery this Offseason, Will He Be Ready to Perform Come the Season?

Nobody knew Little had been diagnosed with cancer until, Little’s former Syracuse teammate and friend, Pat Killorin, created a GoFundMe page called “Friends of Floyd,” to help Little with the cost of his cancer treatment.

Pat Killorin on the page wrote, “We believe the last thing we want our friend Floyd to do is to worry about any expense related to this journey or to give up in order to avoid it.”