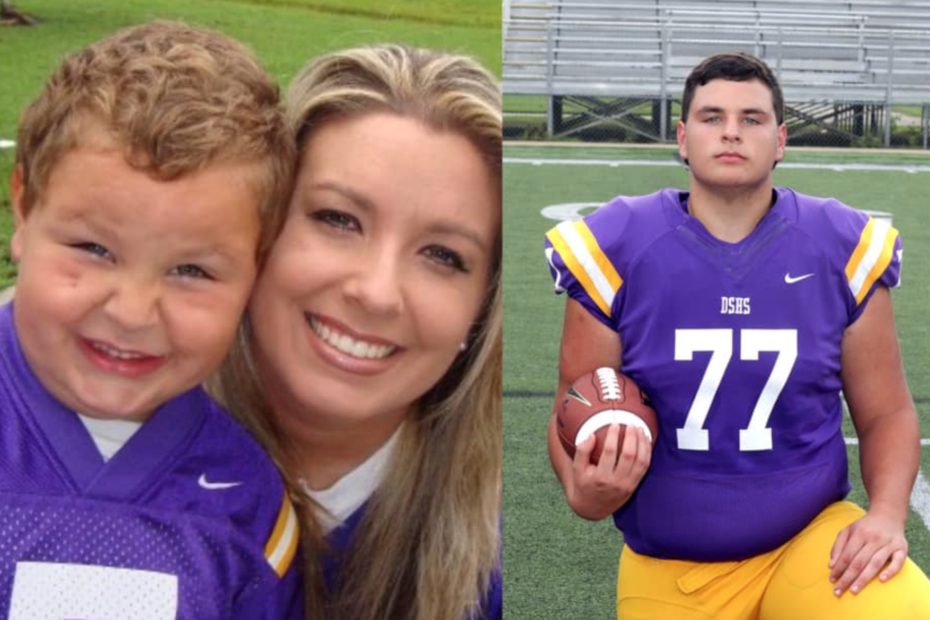 Remy Hidalgo was at a high school football practice on a Tuesday night when he collapsed. According to reports, the teenager’s internal body temperature reached 106-degrees.

The team was preparing for the start of their shorten 8-game regular season, which was scheduled to start on October 1, due to COVID-19 restrictions. Hidalgo was reportedly one of the athletes who voted for the season to continue despite health concerns.

Three days later, on September 18, the boy passed away while being cared for at a local hospital. His cause of death is believed to be the result of a heat stroke. His coaches called his collapse a “freak accident.”

Hidalgo was a junior at Denham Springs High School in Louisiana. Following his tragic and unexpected passing, Hidalgo’s mom, Ashley Roberson, took to Facebook to memorialize her son.

Today officially marks the most impossible day in my life. How will I get through life with out you. The love of my…

“Today officially marks the most impossible day in my life,” Roberson wrote. “How will I get through life without you? The love of my life. My baby boy! You could not have been more perfect if you tried. You were loved more than you will ever know.”

RELATED: Devin McCourty and Russell Wilson Shout Out Teammate James White During Patriots-Seahawks Game After His Dad Passed Away in Horrific Accident

The mom went on to call Hidalgo “the best son, brother, grandson, and friend.”

“I wish I could take your place I don’t want to hear you are in a better place !! You are supposed to be with me. You still had too many things to finish and accomplish. I am mad right now!! Very mad!!!!! This is not fair I just want you back. I love you more than a human could love another human. I love you to heaven and back, my sweet angel.”

According to The Advocate, several hundred students from Denham Springs High School gathered at the football stadium following Hidalgo’s passing to hold a candlelight visual in his memory. “That dude, he never gives up,” one of his teammates said.

Our thoughts and prayers are with Hidalgo’s friends and family during this extremely difficult time.