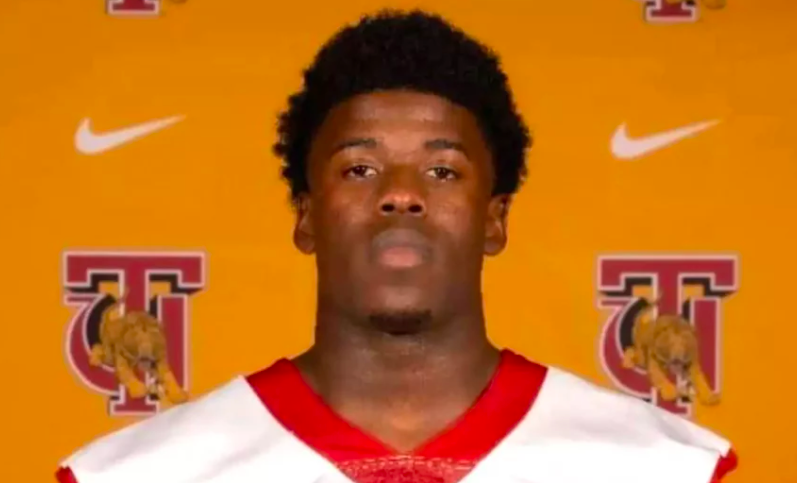 Twenty-year-old wide receiver for the Tuskegee University football team Reginald T. Summage was fatally shot after allegedly attempting to break up a fight at a party.

The Tuskegee University Alumni-Southeastern Region Facebook page released a statement that discussed the athlete’s death. “Our thoughts and prayers are with Reginald’s family and friends,”  Dr. Charlotte P. Morris, president of the school, began in her statement.

“Losing such a young and talented member of our Golden Tiger family to a senseless act of violence is always tough. We extend our deepest condolences and support to all who loved him at this incredibly difficult time,” she continued.

AL.com reported that officers responded to the scene of the crime at approximately 11:50 pm, just outside Washington Plaza. When the first responders located Summage, he was pronounced dead immediately.

Tuskegee Police Chief Jennifer Jordan relayed that the incident was suspected to be the result of Summage attempting to break up a fight before a gun was pulled. The event allegedly occurred at an off-campus party, but police are still conducting an ongoing investigation surrounding the circumstances of the shooting.

According to AL.com, “Jordan could not yet confirm the circumstances surrounding the deadly shooting.”

21-year-old Marquavius Lee Debro was taken into custody by police and has been charged with Summage’s murder. Debro is being held at Macon County Jail on $150,000 bond.

RELATED: Carson Wentz Closes Door With Colts After Only 1 Year: ‘We Have Loved Being Part of This Community

Remembering the life of Reginald T. Summage and his substantial impact on his community

A graduate of Jeff Davis High School, the athlete went on to Tuskegee University where he excelled in both academics and athletics. Majoring in construction science management, the sophomore student was a member of the honor roll and a significant asset to the Tuskegee Golden Tigers.

“Football coach and athletic director Reginald Ruffin noted that Summage was a model student-athlete and inspired his teammates and friends with optimism and care for others,” the school shared.

“This up and coming Golden Tiger worked last season in the press box with us on The TU Digital Network, due to an injury and was fine young man,” the statement continued. “His coaches said he was on his way back and looking forward to the upcoming season.”

As the Tuskegee community grieves the life of Summage, they have also provided resources to counseling and student mental health access.