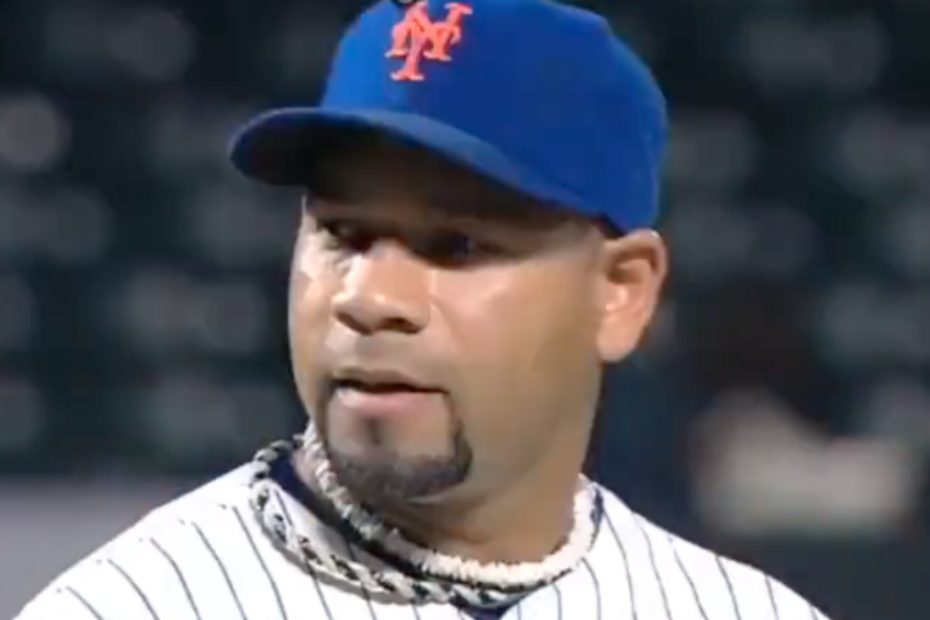 Ex-New York Mets left-handed relief pitcher, Pedro Feliciano, passed away in his sleep Sunday night at the young age of 45.

While the cause of death remains unknown, it has been reported by multiple sources that the former baseball player was jet-skiing with his family the day prior, which makes the news all the more shocking.

Since his passing, the New York Mets have been outspoken about the loss. Feliciano was a key component for the Mets from 2008 to 2010, so his sudden death is heartbreakingly devastating.

In a statement, the team wrote, “The Mets are so saddened to hear of the loss to their family today. Pedro Feliciano will be remembered as a beloved member of the Mets organization for his impact as a great teammate as well as his reputation as one of the most competitive, durable, and reliable relievers during his time in Queens.”

“Our thoughts and prayers are with the entire Feliciano family. Rest in peace, Pedro,” the statement concluded.

David Wright, a former teammate of the late pitcher, additionally shared his own statement in regards to the tragic death. Wright expressed the sentiments, “He was a wonderful teammate with a great sense of humor. In all my years in baseball, I never saw a left-handed relief specialist have such a presence in the clubhouse. He had a great personality.”

Being with the MLB for nine years, his career was nothing short of legendary. A native of Rio Pedras, Puerto Rico, the player was drafted by the Dodgers in 1995, beginning his baseball career. By 2002, he began his first season with the Mets. Staying with them until 2004, Feliciano was then sold to the Fukuoka SoftBank Hawks of the Japanese Pacific League.

However, by 2006, he was back with the Mets and was considered one of the greatest relief pitchers the team had to offer. He was offered a deal with the Yankees in 2010, only to return to the Mets by 2013 and retire the following year.

Throughout his substantial career, the athlete totaled 3.33 ERA, 1.37 WHIP with 350 strikeouts, and completed a staggering 484 games with the Mets. Following behind John Franco, Feliciano is the second-ranked on the all-time pitchers’ list for the Mets due to his substantial appearances throughout multiple seasons.