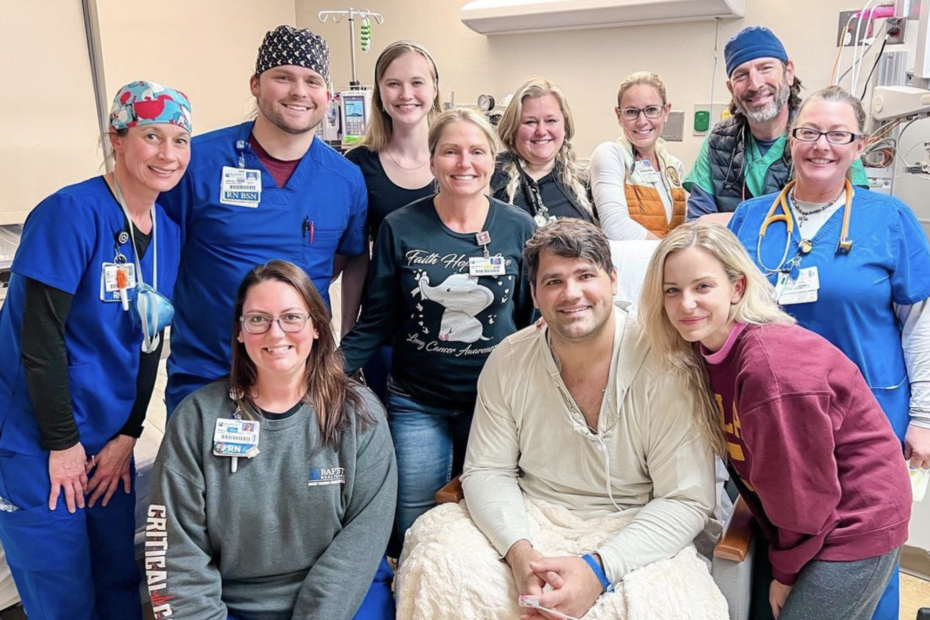 Former NFL running back Peyton Hillis is out of the hospital after he helped save his children from drowning.

The Escambia County emergency services reported that four people — two adults and two children — were struggling in the water when a bystander helped them get out. When Hillis made it out of the water after saving his children, he was unresponsive on the sand and lifted by a helicopter to a nearby hospital.

The retired athlete was initially brought to the hospital on January 4th in Florida and placed on a ventilator in the ICU. Hillis remained unconscious for a week before he was able to be taken off the ventilator. And, as of last Thursday, he was discharged from the hospital and able to return home.

“Peyton was discharged today from the hospital!!!!!!!!!!!!! Everything health-wise is looking good and has all improved,” Hayley Davis, a family member of Willis, wrote last Thursday on Facebook. “Truly a miracle!”

Hillis’ girlfriend, Angela Cole, also celebrated his discharge from the hospital on Instagram. Recognizing the hardworking and attention to detail put in by the medical staff, Cole expressed the sentiments, “The amount of love and gratitude I have for the incredible team that took care of Peyton is indescribable. You all worked like a perfected machine with each and every one of you so kind, attentive, calming, and caring.”

“You not only saved Peyton’s life, but you also made it a priority to make sure that his family and I were okay amidst your busy schedules,” Cole continued. “You all were so calming, answered every question numerous times kindly… and heck even took care of me and made sure I was okay every night: got me hot tea for my throat, made sure I was sleeping and eating, gave me a friend to confide in… I mean, I am just in AWE.”

During Hillis’ stay in the hospital, his family also reported he received a visit from legendary running back Emmitt Smith, a person the retired athlete has openly admired since he was a child.

“I had the opportunity to visit a recovering hero this week,” Smith wrote in a tweet, attaching a photo of himself by Hillis’ hospital bed “Praying for his healing.”

The 37-year-old retired football player was in the NFL from 2008-2014 with the Denver Broncos, Cleveland Browns, Kansas City Chiefs, and New York Giants.