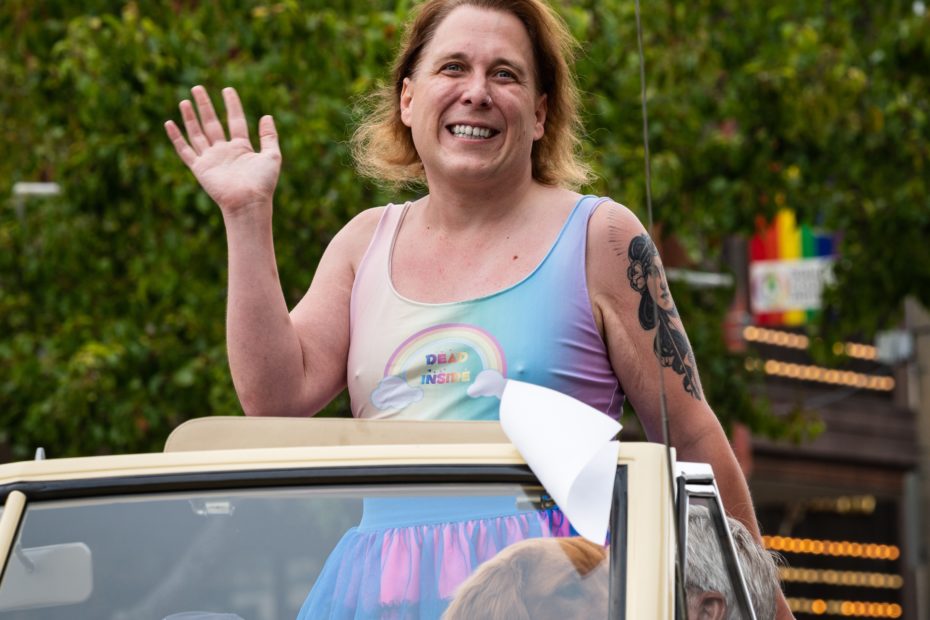 However, when broadcasting the game on Fox News, the network decided to use footage of NASCAR driver Kurt Busch conducting the ceremonial toss from an entirely different game. Was this an act of transphobia?

43-year-old Schneider was one of the best competitors to ever participate in the iconic game show “Jeopardy!” and is the most successful woman to compete, holding an impressive 40-game winning streak. In addition to these impressive stats, she is also openly transgender and completed her transition in 2017.

Recognized as an important figure in the transgender community, some are questioning whether or not Fox Sports not recognizing her as the ceremonial pitcher during MLB’s Pride Day was transphobia.

Rather than showcasing Schneider, the network used footage from NASCAR driver Busch tossing a pitch from a game between the Giants and the Colorado Rockies. Instead of the decision being an act of transphobia, baseball fanatics argued that using Busch’s pitch from a different game was to promote the NASCAR race happening at Sonoma Raceway on the same day, which is 40 miles north of Oracle Park.

RELATED: Michigan Pitcher Willie Weiss Catches Himself in a Sticky Scandal After Being Ejected From Big 10 Tournament

The incident was brought to Bay Area residents’ attention when SF Giants broadcaster Duane Kuiper told NBC Sports that Schneider wasn’t televised on the network. “I wanted to make a correction from what I watched yesterday on the Fox broadcast. The broadcast implied that Kurt Busch threw out the first pitch yesterday which was not true,” he commented. “It was Amy Schneider from ‘Jeopardy’ fame who threw out the first pitch on Pride Day yesterday.”

Although Fox representatives did not respond to the claims of transphobia, Cyd Zeigler of Outsports.com gave the network the benefit of the doubt. “They showed the (scoreboard and other stadium signage) showing ‘Pride Day’ multiple times when they didn’t have to,” he said, according to TODAY.

“Is this some moment of transphobia? No, that’s not how I read it,” Zeigler continued. “It’s certainly unfortunate that it happened and it’s great the announcers the next day talked about it. But I’m not reading this as trying to erase the LGBT community. It’s embarrassing, it’s just stupid.”

Schneider herself also did not express ill sentiments towards the network. Declining to comment on the incident, the trivia champion was happy to have the opportunity to throw the ceremonial pitch in the first place. She relayed, “As a lifelong baseball fan, just getting the chance to walk out on the field, let alone throw out the first pitch, was a dream come true.”

“I also want to state for the record that in my practice session I was getting it over the plate about half the time, so that pitch did not represent the best that I can do!” Schneider included with a laugh.