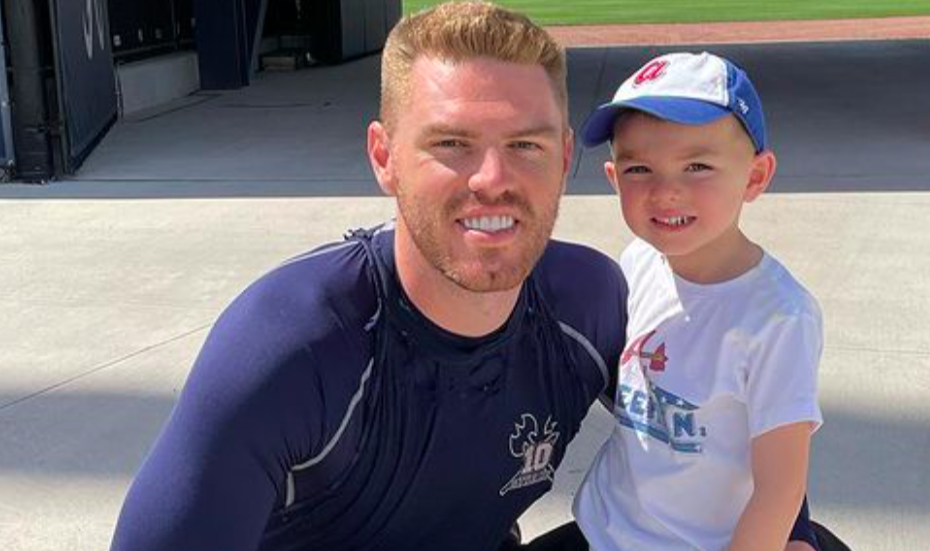 If you had a walk-up song what would it be and why?

It’d have to be that right tune to get you pumped up as you head to the plate, hoping for a base hit or perhaps even a home run to help your team out.

But most importantly, Freeman is a father. A father who loves his son very much.

So, how does that play into how he picks his walk-up song? How does the Atlanta Braves first baseman and defending MVP approach the plate to potentially get yet another homer or contribute another big hit?

Well, in this case, his son would choose his dad’s walkout song.

Freddie’s wife, Chelsea, tweeted the same video about this special moment between a father and his son:

“Charlie picked out daddy’s walk up song tonight,” Chelsea Freeman tweeted. “He was pretty excited about it…”

So much so that Chelsea has confirmed that this will be an annual occurrence probably from here on out:

If you’re wondering what the song was in the video, you’re not alone. According to several Twitter comments, the song is called, Ni bien ni mal by artist Bad Bunny.

What is your walkout song? Let me know in the comments!

Oh, what would my walkout song be? I’m glad you asked, it would be You Can’t Stop Me by Andy Mineo!