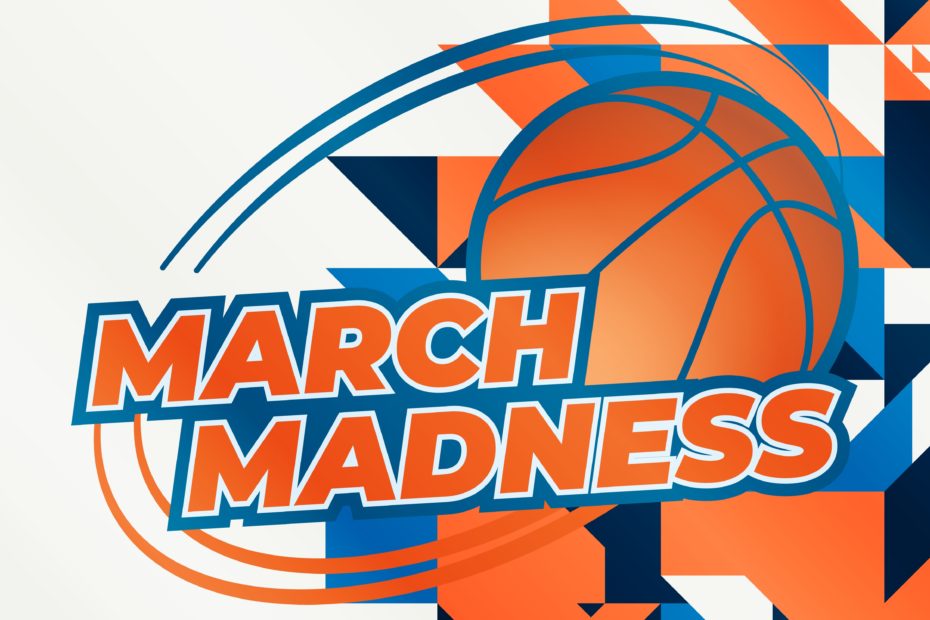 15 Fun Ways to Fill Out Your March Madness Bracket

If you’re a college basketball fan, then you’re likely sitting at home making some last-minute changes to your March Madness bracket in hopes of doing the impossible – achieving a perfect bracket. It’s something that has never been done, but this could be the year it finally happens.

With the First Four play-in games coming to an end on March 16th, the First Round is set to open with a bang on March 17th and continue on March 18th for one of the most epic two-day turnarounds in college basketball. It’s the first look at your March Madness bracket in action.

The four No. 1 seeds are set – the Kansas Jayhawks, Baylor Bears, Gonzaga Bulldogs, and Arizona Wildcats. Do you have any of them making it to the Final Four on your March Madness bracket? If not, which teams do you have taking their place? Who are your Cinderella favorites?

Unique Ways to Fill Out a March Madness Bracket

When most of us fill out our March Madness bracket, we put a lot of thought into it. We go through each game one-by-one and look at the stats, the history between the two teams, the players, the coaches, anything that might contribute to the outcome of the game – we look at it.

We do this even though we understand that anything can happen at any moment. The team that has a 99% chance of winning could lose by 30 points, a 16 seed can upset a No. 1 seed, you never truly know when the unthinkable might rock everyone’s March Madness bracket.

If you’re someone that does this every year, don’t stop – it’s fun! With that said, we have a challenge for you this year. Fill out a second bracket and choose a fun theme when filling it out, then compare the brackets at the end of the tourney. Here are some fun themes to consider!

When in doubt, bring out the coin flip. Since you already have a 50/50 shot of getting each game right, a coin flip is one of the most logical ways to guess the winner – outside of actually taking an educated guess. It’s fun, it’s quick, and you might actually do fairly well when it’s all over.

Mascots are the heart of any college basketball team. They help pump up the crowd, they help represent the team, and they’re just an overall joy to watch – especially during timeouts and commercial breaks. Sports simply wouldn’t be the same without mascots and their costumes.

Another fun way to fill out your March Madness bracket is by throwing away everything you know about basketball and picking the colleges that you like the most. This can be the college you attended, the one your parents attended, or a college you’ve grown to like over the years.

At the end of the day, you don’t want to see the colleges you dislike win – so why even speak it into existence? Instead, put your favorite colleges first and let’s hope they end up winning when games start on March 17th. Unfortunately, some people are bound to face disappointment.

If there’s one thing that we all love about traveling to new cities and unique college towns, it’s the food that comes with it. Every city has its own love affair with food and there’s nothing better than getting to try it when you visit. There’s a lot to experience and a lot to indulge yourself with.

When filling out your March Madness bracket, don’t worry about who you think will win from a basketball sense. Instead, look at which college towns you think have the best food spots. Some of the front-runners might be the Wisconsin Badgers, UCLA Bruins, or Duke Blue Devils.

Every college basketball team has its own color scheme that they represent. That color scheme is what you see fans wearing ahead of every game, it’s what you see on their home court and on their apparel. They’re the colors that each player fights for when they step foot on the court.

When filling out your March Madness bracket this year and deciding which teams you think are going to win, choose the teams that have the better color scheme. For example, the purple and gold of LSU is pretty cool, but you also can’t forget about the blue and gold of Notre Dame.

We all know that the seeding doesn’t always matter when the whistle blows. Anything can happen at any moment and there’s bound to be several upsets on every bracket. With that said, one of the easiest ways to fill out your bracket is by choosing the higher seed to win every time.

While you likely won’t get them all right, you will get a lot of them right. The seeding might not matter, but it’s a good indicator of which teams had the better regular season and which ones are expected to perform better. The real question is which No. 1 seed do you have winning it all?

Now that you’ve filled out a bracket by choosing the higher seeds, let’s do the opposite and pick all the lower seeds to win. It’s unlikely that all lower seeds end up winning – after all, that would mean a No. 16 seed would win it all. That would be something, but it’s extremely, highly unlikely.

Keep in mind that a No. 16 seed has only won one game in March Madness history – that’s over 80 years of history. In fact, the lowest seed to ever win a National Championship was No. 8 seed Villanova in 1985. They defeated two No. 2 seed and two No. 1 seeds en route to a title.

We all have furry friends that we like to include in every little bit of our life’s adventure. With that said, it’s only natural to want to bring your furry friend in on your March Madness bracket. Who knows, they might have better picks than you and could help you achieve the perfect bracket!

The easiest way to do this is by placing a treat into two different bowls – one for each team in question. Whichever bowl your pet walks up to first, that’s the team you choose to win. Since there are a lot of games to go through, you might have to complete this over several days.

6. Listen to the Experts

The media loves March Madness just as much as the fans. Ever since Selection Sunday, sports media has been covering all the news surrounding March Madness and experts across the country have been filling out their own brackets in hopes of achieving the perfect one.

While it’s unlikely that any of the experts get a perfect bracket, they do have a lot of valuable insight and accurate predictions that can help you make your picks. In fact, you can always make the same picks as them – so long as you trust them with your March Madness picks.

Alright, the coin flip was fun, but it’s not the only way to pick your March Madness winners via chance. You can also turn to the good ‘ole pair of dice. It’ll return the same 50/50 chance as the coin flip, so there’s still a good chance that your bracket does better than you think it will.

While players are usually the ones that receive the most praise for their efforts on the court, it’s the head coach and the rest of their coaching staff that are responsible for their team’s performance. They set the tone in practice, they make in-game adjustments, and they teach.

Without a good coach, teams aren’t going to go very far in March Madness. Their team will be undisciplined in their play and won’t have the basketball IQ to make the right decisions with the ball. This will lead to frequent fouls, a lot of turnovers, and even more missed opportunities.

Most college basketball fans want to see a high-scoring game. They want to see big shots, emphatic dunks, and incredible passing. When both of the offenses are clicking and putting on a show, the fans are engaged and ratings increase – it’s just the way basketball is played today.

If you’re someone that loves to see an offensive matchup, then try filling your March Madness bracket out with that same mentality. For each matchup, choose the team that scored the most points per game during the season – Gonzaga is the national leader at 87.8 points per game.

Offense is fun to watch, but the real basketball fans are more interested in seeing some quality defense being played. They want to see blocked shots, game-changing steals, hands in the face when a player goes to shoot, and full-court defense that stops the opponent in their tracks.

With that said, there’s one thing we haven’t looked at when filling out your March Madness bracket and that’s the team’s overall record. Murray State is going to be a favorite here with a 30-2, but the Arizona Wildcats are right there at 31-3. The Houston Cougars are 29-5.

How Are You Going to Fill Out Your March Madness Bracket?

At the end of the day, you have full control over who you pick and why you pick them. The main goal with March Madness, as with any major sports event, is to have fun and enjoy it. Filling out a March Madness bracket is certainly part of the fun, so make sure you’re having a blast with it.

As we prepare for the first few games to start, some of the teams you should keep an eye out for this year are the Kansas Jayhawks, Gonzaga Bulldogs, Arizona Wildcats, Purdue Boilermakers, Tennessee Volunteers, Duke Blue Devils, Houston Cougars, and Auburn Tigers.

YOU MAY ALSO LIKE: 20 of the Greatest College Basketball Teams of All-Time