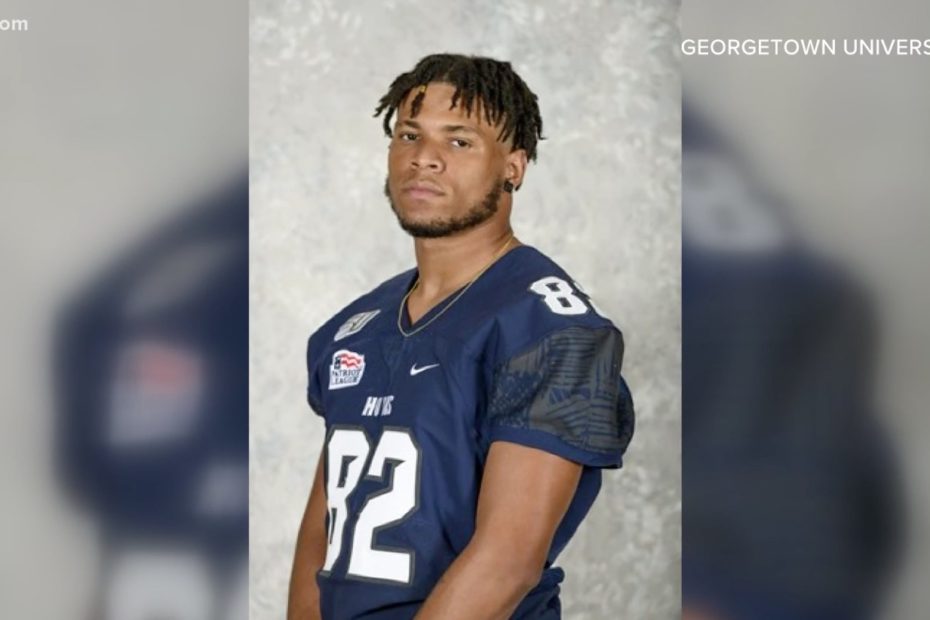 Georgetown University wide receiver, senior Dijon Williams, was arrested on a warrant for the July shooting death of a man, according to law enforcement authorities and school officials, per The Washington Post. The shooting reportedly took place in the Petworth neighborhood of Northwest Washington.

According to The Washington Post, D.C. police said that “Williams was wanted on a warrant charging him with first-degree murder in the killing of 30-year-old Nurudeen Thomas of Greenbelt, Maryland.” A D.C. police spokesman also confirmed that Williams was taken into custody in Georgia.

Thomas was shot a few minutes after 5 a.m. on July 21 on the 4100 block of 14th Street NW. A police report says he was shot in the hip and died at a hospital. Police have not released any additional details.

The Washington Post also stated that Williams’ mother and father were reached separately on Tuesday. However, they declined to comment on the case.

YOU MAY LIKE: Chargers Quarterback Tyrod Taylor ‘Not Upset’ After Doctor Mistakenly Punctured His Lung

“Georgetown University became aware of charges against Dijon Williams this evening. While we are working to learn more information, we will cooperate fully with any investigation and we stand prepared to offer resources to members of our community who may be affected by this news. At this time, there are no indications that the alleged crime took place near the University.”

Williams played in five games last season as a junior, was injured in 2018, and played in 10 games, making one start in 2017. Williams was a captain and starter his senior year in high school, according to the Hoyas athletic website.