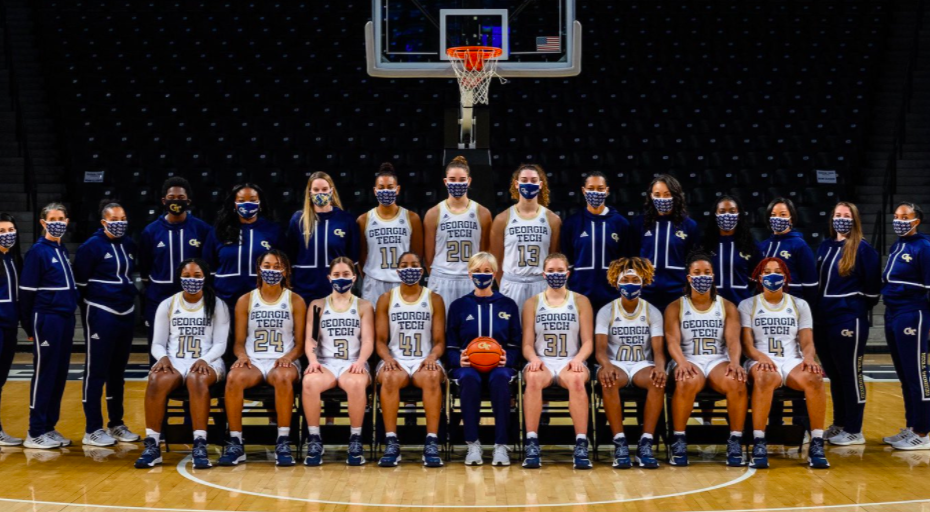 My lovely wife and I love handing out thank you letters like it’s our day job.

To hear a great, simple “thank you” can make one’s day. It’s why there’s a lot of health benefits in practicing gratitude, choosing to be thankful no matter what the surrounding circumstances are.

In this case, though, a thank you from a Division 1 women’s college basketball head coach comes from a sarcastic perspective.

“To the NCAA: Thank you!” Nell Fortner, Georgia Tech Women’s Head Basketball coach, said. “Thank you for using the three biggest weeks of your organization’s year to expose exactly how you feel about women’s basketball – an afterthought.”

RELATED: March Madness Has Been Cancelled. What Now?

Nell, tell us how you really feel!

“Thank you for showing off the disparities between the men’s and women’s tournament that are on full display in San Antonio,” Fortner said. “From COVID testing, to lack of weight training facilities, to game floors that hardly tell anyone that it’s the NCAA Tournament and many more. But these disparities are just a snapshot of larger, more pervasive issues when it comes to women’s sports and the NCAA. Shipping in a few racks of weights, after the fact, is not an answer. It’s a band-aid on an afterthought.”

It’s evident they were able to rip off that band-aid and overcome the circumstances they were delt with and that this was all a huge cause of concern throughout the tournament for Fortner. She ended up leading her team to the Sweet Sixteen with an anticipated game set to tip off Sunday against first-ranked South Carolina.

Fortner said a lot more, as well. You can read the full letter above in her tweet.

Fortner hasn’t been alone in this. In fact, she’s far from that. There’s been more calls for action here.

“The NCAA will continue to address material and impactful differences between the Division I Men’s and Women’s Basketball Championships,” NCAA president Mark Emmert said in a statement mentioned by ESPN’s Heather Dinich. “While many of the operational issues identified have been resolved, we must continue to make sure we are doing all we can to support gender equity in sports. As part of this effort, we are evaluating the current and previous resource allocation to each championship, so we have a clear understanding of costs, spend and revenue.”

According to Dinich: “the NCAA has hired a law firm to conduct an independent gender-equity review of its championships across all three divisions and for all sports”.

Previously, the NCAA said this:

“We fell short this year in what we’ve been doing to prepare in the last 60 days for 64 for teams to be here in San Antonio, and we acknowledge that,” Lynn Holzman, the NCAA’s vice president of women’s basketball, said during a press briefing per Oregon Live’s Aron Yohannes.

The apology came after many people were upset from the lack of equipment given to the women’s teams from what they saw in this video Oregon student-athlete forward Sedona Prince posted:

Another thank you letter. And maybe this one can help spark even more dialogue to have meaningful discussions and change to make the playing field more fair and equitable across the board.