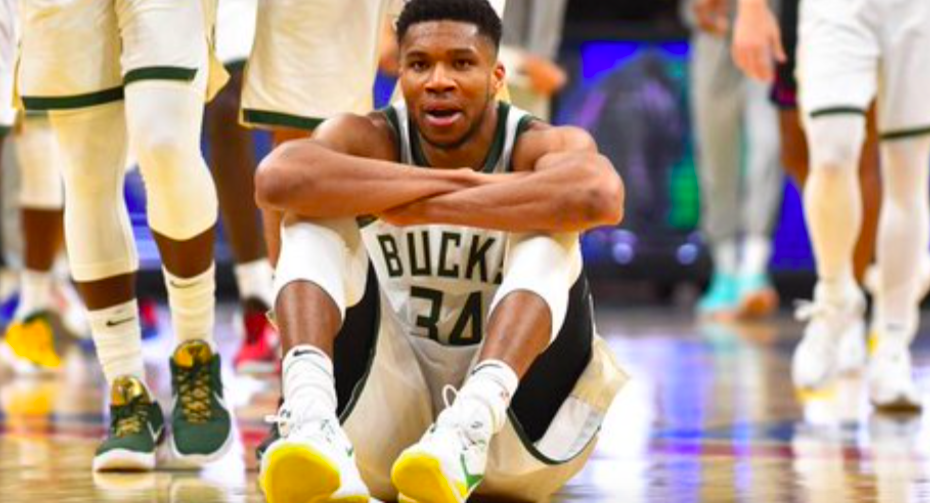 Giannis Antetokounmpo Having Fun On His Way To Beating Top-Seeded Philadelphia 76’ers, Gets Philly Cheesesteak During Postgame Press Conference

Say cheese! Giannis Antetokounmpo, aka “The Greek Freak”, was smiling for the camera during the Milwaukee Bucks game against the top team in the East, the Philadelphia 76’ers.

“Sit back relax and enjoy the show…,” Antetokounmpo said in a Tweet.

Giannis helped the Bucks pull off a close win against the 76’ers, getting 32 points, grabbing 15 boards, and dishing out five assists.

All that on your way to beating the the best team record-wise (as of this article they’re now tied with the Brooklyn Nets for first in the Eastern Conference), who wouldn’t smile winning against the best?

Well, it seems some Philly fans took exception and Dwight Howard jokingly talked about as mentioned by ESPN’s Tim Bontemps.

Bontemps described the smiley scene: “After Giannis Antetokounmpo hit a turnaround jumper in the lane to cap a personal 7-0 run and give his Milwaukee Bucks what turned out to be an insurmountable lead in an eventual 109-105 victory over the 76ers…he celebrated by sitting down on the court inside Philadelphia’s Wells Fargo Center and staring straight into the camera with a smile on his face…That smile remained as he walked back to the huddle and as the few fans allowed into the building showered Antetokounmpo with boos.”

“I wanted to go and Stone Cold Stunner him, but I had already got one tech,” Howard said as transcribed by ESPN. “It’s basketball. He wanted to have fun, but we’ll see these guys again. Today, we allowed them to get back into the game. We did it. We can’t control that…But he had a (heck) of a game. Hit some tough shots late at the end of the game, reigning MVP, and he had a great game. I’m not one to talk trash or say anything negative, but we’ll see them again and it’ll be a different result.”

Giannis just wanted to have fun.

“Is there something wrong with having fun?” Antetokounmpo said as transcribed by ESPN.

“I don’t think there’s anything wrong with having fun,” Antetokounmpo said per ESPN. “I just like to have fun. In the first half, I was not having fun. I kind of, you know, talked to myself at the half and said, ‘No matter how bad the game is, you can’t forget what you have to do, which is have fun.’…Obviously, there’s a couple times where I exaggerate, but I don’t want to take anything back. I wasn’t thinking, ‘Oh, I’m going to sit down.’ I was having fun. I was talking to my teammates — I was talking to them. I was just trying to be in the moment. But I was just having fun.”

But, this isn’t the only time this month Giannis has sat down on an NBA court while smiling:

Where’s the next road game sit-down-on-an-NBA-court-while smiling going to be? Let us know in the comments!