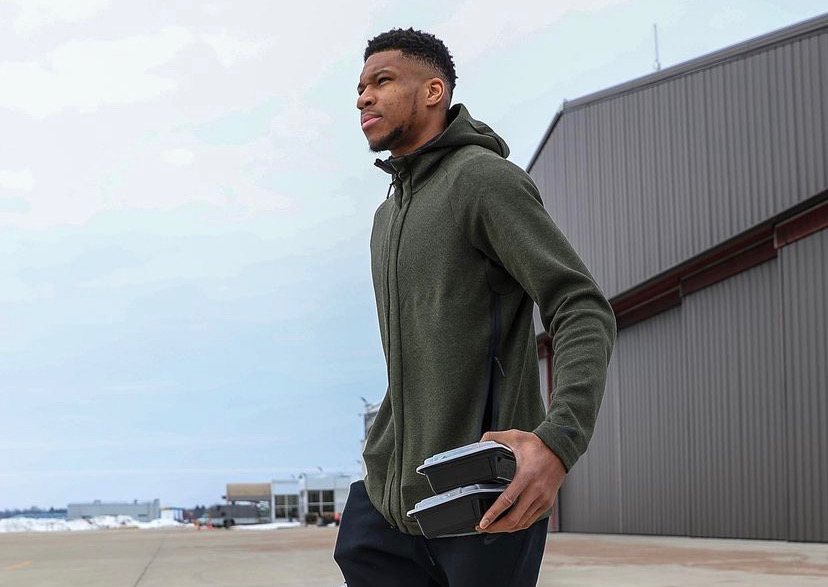 Giannis Antetokounmpo has quickly become one of the leading figures in basketball, but he is willing to leave it all behind for his family.

The NBA star has been playing power forward for the Milwaukee Bucks since 2013 and has proven himself to be an essential asset to the team. The Greece-born player has become a fan favorite over the years, however, he’s said himself that he’d retire from the game if his career ever got in the way of his family.

He and his long-time girlfriend Mariah began expanding their family in February of 2020 when they welcomed their first son into the world, Liam Charles Antetokounmpo. Since his birth, the couple has been outspoken about their love and adoration for their little one. So much so that Giannis would step away from basketball if his son asked him to do so.

“If my son asked me, ‘Dad, when are you going to retire from basketball and play more with me?’ I’d probably retire right now,” the 7-foot-3 Bucks player relayed during an interview.

Mariah has been outspoken about her difficulties adjusting to life as a mom when she released her new clothing line “Sincerely, Mariah”. In June of 2021, she sat down with a local news outlet to discuss her emotions towards motherhood- and a new baby.

“I could recognize that I was changing and that I wasn’t quite myself. I wasn’t really happy and how that was affecting my relationships, but me in general,” she said in reference to her pregnancy.

When discussing coping mechanisms, she referenced her mother as a great support system. Mariah commented, “She always reminds me that you’re good enough, you’re beautiful enough, and don’t let anyone take that away from you.

In addition, the Giannis’ partner discussed their second child, who they supposedly brought into the world in August. While they have kept the birth of their son under wraps, Mariah expressed prior to the child’s birth that she just hopes her children will be happy and healthy.

“I just want the baby to be healthy. As long as he or she is healthy I’m good. Obviously, everyone wants a girl, I’m one of three girls. Of course, you want a girl but I’m OK with however the cards fall,” she stated at the tie, unsure of her baby’s sex.

With Giannis as a father and Mariah as a mother, it is clear that their children are undeniably loved.