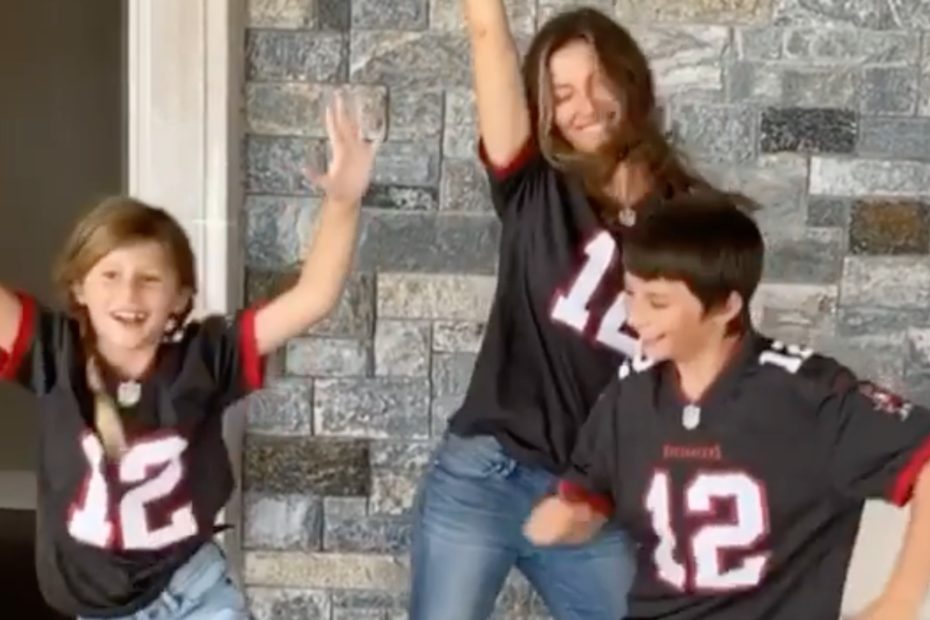 While his first week with the Tampa Bay Buccaneers left something to be desired, quarterback Tom Brady and his crew put on a better show in week two, getting their first win of the season against the Carolina Panthers.

“Week two is in the books. Great to get our first W. Way to go, fellas. On to week three, Denver, here we come,” Brady said in a video he shared on Instagram.

But Tom wasn’t the only Brady to share a video celebrating his first win with his new team after 20 seasons as the quarterback for the New England Patriots, with whom he won six super bowls. Also taking to Instagram to celebrate the Bucs win was Tom’s wife, supermodel Gisele Bündchen.

The boomerang showed Gisele and their two children, Benny and Vivi, all wearing their number 12 Bucs jersey while doing a celebratory dance and showing their support.

As CBS Sports pointed out, this was a must-win game for the Buccaneers after losing in weeks one to the New Orlean Saints. Fans also saw Brady connecting with the team’s top wide receiver, Mike Evans, this week.

Unlike in week one, Evans had seven catches for 101 yards and one touchdown, making it seem as though Brady and Evans have finally found the chemistry they struggled with during their first game. As Brady mentioned in his own video, the Bucs will take on Denver next Sunday as they try to go 2-1 in week three.