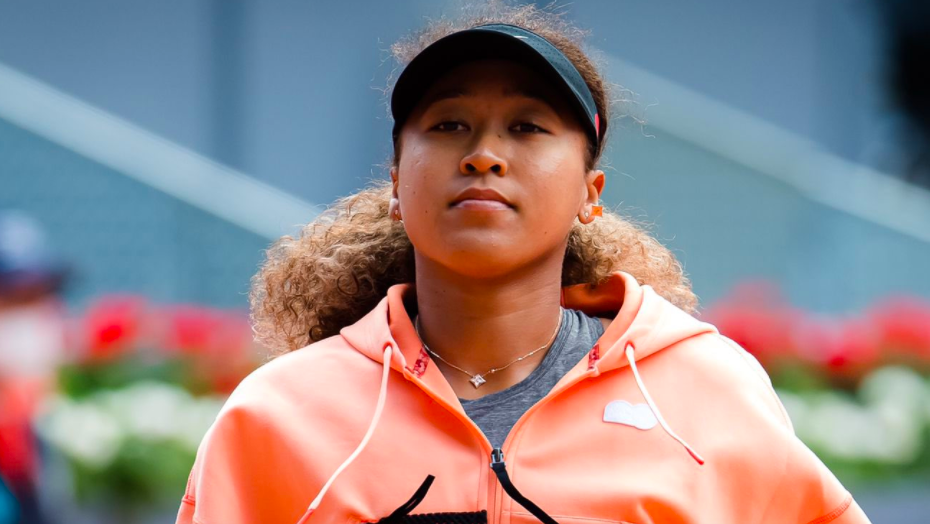 As At The Buzzer previously reported, Naomi Osaka withdrew from the French Open just days after announcing she chose not to participate in press conferences and just a day after winning her first round French Open match.

You can see a full timeline of what transpired here.

RELATED: Naomi Osaka Decides To ‘Withdraw’ From French Open— Here’s What She Had To Say In Why She Made This Decision

A main concern of Osaka’s was her mental health in making this decision as she announced in her resigning from the tourney:

“Hey everyone, this isn’t a situation I ever imagined or intended when I posted a few days ago,” Osaka said, in part, in the statement she tweeted. “I think now the best thing for the tournament, the other players and my well-being is that I withdraw so that everyone can get back to focusing on the tennis going on in Paris. I never wanted to be a distraction and I accept that my timing was not ideal and could have been clearer. More importantly I would never trivialize mental health or use the term lightly. The truth is that I have suffered long bouts of depression since the US Open in 2018 and I have had a really hard time coping with that.”

Osaka went on to say that anyone knows her knows she’s introverted.

“…and anyone that has seen me at the tournaments will notice that I’m often wearing headphones as that helps dull my social anxiety. Though the tennis press has always been kind to me (and I wanna apologize especially to all the cool journalists who I may have hurt), I am not a natural public speaker and get huge waves of anxiety before I speak to the world’s media. I get really nervous and find it stressful to always try to engage and give you the best answers I can. So here in Paris I was already feeling vulnerable and anxious so I thought it was better to exercise self-care and skip the press conferences. I announced it preemptively because I do feel like the rules are quite outdated in parts and I wanted to highlight that.”

Osaka went on to say that she “wrote privately to the tournament apologizing and saying that I would be more than happy to speak with them after the tournament as the Slams are intense”.

Well, it looks like those conversations with not just French Open tournament officials but the other three Grand Slam officials, may come sooner than later.

“On behalf of the Grand Slams, we wish to offer Naomi Osaka our support and assistance in any way possible as she takes time away from the court,” the Grand Slam tourney directors said. She is an exceptional athlete and we look forward to her return as soon as she deems appropriate. Mental health is a very challenging issue, which deserves our utmost attention. It is both complex and personal, as what affects one individual does not necessarily affect another.”

The tournament directors went on to give props to Osaka for opening up about her mental health struggle.

“We commend Naomi for sharing in her own words the pressures and anxieties she is feeling and we empathise with the unique pressures tennis players may face,” the Grand Slam tourney directors said. “While players’ wellbeing has always been a priority to the Grand Slams, our intention, together with the WTA, the ATP and the ITF, is to advance mental health and wellbeing through further actions.”

The Grand Slam tournament directors also seemed to address directly what Osaka’s concern was in relation to the press conferences. She seemingly had originally intended to still play but just to opt out of the press conferences, willing to accept any fine and said she hoped the fines would “go towards a mental health charity…”

“Hey everyone-Hope you’re all doing well, I’m writing this to say I’m not going to do any press during Roland Garros,” Osaka said, in part, in a statement that she tweeted on May 26. “I’ve often felt that people have no regard for athletes(‘) mental health and this rings very true whenever I see a press conference or partake in one. We’ve often sat there and asked questions that we’ve been asked multiple times before or asked questions that bring doubt into our minds and I’m not just going to subject myself to people that doubt me.”

Here was the tournament directors’ response to that:

“Together as a community we will continue to improve the player experience at our tournaments, including as it relates to media. Change should come through the lens of maintaining a fair playing field, regardless of ranking or status. Sport requires rules and regulations to ensure that no player has an unfair advantage over another. We intend to work alongside the players, the tours, the media and the broader tennis community to create meaningful improvements. As Grand Slams, we aim to create the stage for the players to achieve the highest accolades in our sport.”