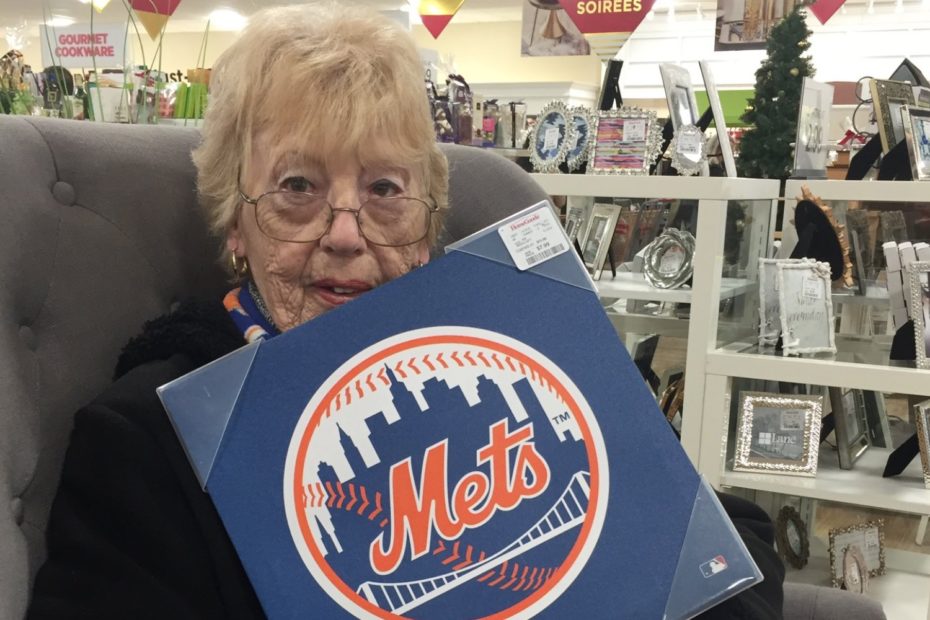 Ally Henglein is 18 years old and as she wrote in a letter, she would do absolutely anything for her grandmother, Kathleen Selig, who she affectionately calls Gammy.

In an open letter she shared on Twitter, in an attempt to get the New York Mets’ attention, Henglein wrote that at 81 years old her Gammy was diagnosed with small cell lung cancer. She was told on March 17 that she only had a few weeks to live.

Henglein then wrote that her Gammy “is a diehard Mets fan and has been since the start. She was born and raised in Brooklyn, New York and always told the opportunity to go see a ballgame with her father. Since the mid-1960s, she has lived and breathed everything Mets.”

As the proud granddaughter added, her Gammy is often covered in blue and orange, rocking her Mets gear and showing her support for the team any chance she gets. “She even paints her nails blue and orange and has worn a gold Mets Necklace for at least the last 18 years that I have known her,“ Henglein continued.

“She always tells me the stories of how she once traveled to California to see the Mets play and ended up eating dinner with them after! The pictures still cover the walls of her apartment.”

As the 18-year-old mentioned in her letter, Kathleen was even at the 1986 World Series when the Mets won it all. In fact, Kathleen is such a die-hard fan of the Mets that the news of her cancer isn’t what she is most worried about. As Henglein explained, Gammy is most worried about the Mets season being postponed due to the recent outbreak the world has been dealing with for the past few weeks.

“When live games aren’t streaming, she sits for countless hours in front of the TV watching re-runs. She has been the Mets’ biggest fan through thick and thin, and she makes sure that everyone around her knows it. […] The Mets have helped her through her loneliest of times, so much so that she has asked us to spread her ashes at Citi Field when the time comes.”

That’s when Henglein asked the Mets if they could “show their love for their biggest fan in any way possible.” Shortly after her letter went viral, first baseman Pete Alonso recorded a special message for Gammy and a beautiful video of the moment Gammy saw the video for the first time was shared on the Mets Twitter feed.

Gammy was overcome with emotion when listening to Alonso’s message, but that wasn’t all. She also received a phone call from none other than the manager for the Mets Luis Rojas.

How special is this? Even when sports have been forced to hit the pause button, athletes, coaches, managers, and owners are still coming together to make the world a happier place.