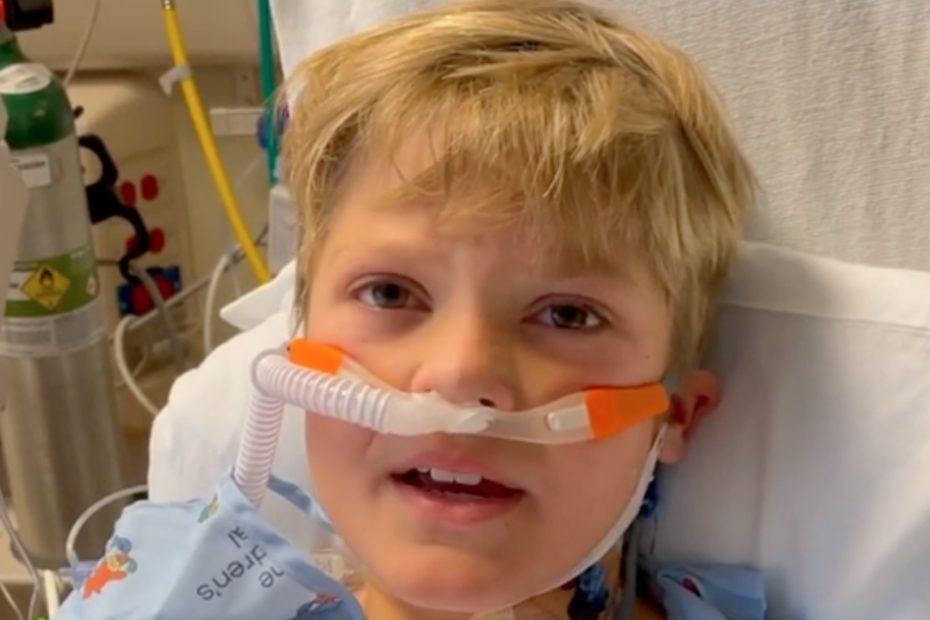 Just days after having an open heart transplant, Greg Olsen‘s 8-year-old son, TJ, is awake and talking! The heartwarming, and quite honestly tear-jerking, update is one Olsen’s followers have been waiting to see ever since learning of TJ’s lifesaving procedure.

As At the Buzzer previously reported, on June 4, Olsen—a now-retired tight end—took to Instagram to reveal that they had found a match, and after years of living with “a modified heart,” he would be getting the transplant he desperately needed.

“As many of you know, our son TJ has faced serious heart issues since birth,” the father explained a week ago to his followers. “TJ has already undergone 3 open-heart surgeries and has survived with a modified heart for his first 8 years. Unfortunately, it seems his heart is reaching its end. We are currently working through the process to determine our next steps, which ultimately could lead to a heart transplant.”

Several days later, Olsen revealed that it has, in fact, come down to a heart transplant and that they had found a match. Olsen then shared an open message to the person who ultimately saved his son’s life:

“To our generous angel donor, we don’t know who you are or where you lived. But know that bc of your selflessness, our son TJ will have a chance at life. We pray your family finds peace and maybe one day our paths shall cross.”

Then, three days after his transplant, on June 7, Olsen shared a video of his son awake and talking.

“Hey, everybody. Thank you for thinking of me,” TJ told his supporters. “Thank you for praying with me. Congrats to all of you on the win. We love you guys, bye!”

As Olsen mentioned in one of his earlier posts, “TJ has a long road ahead of him,” but the transplant was “a huge step forward.” However, exactly what is next for TJ remains to be seen.

For now, he will remain as strong as he’s ever been and we will remain routing for him from the sidelines! Keep fighting, TJ, you have a lot of people in your corner ready to watch you do even bigger things!