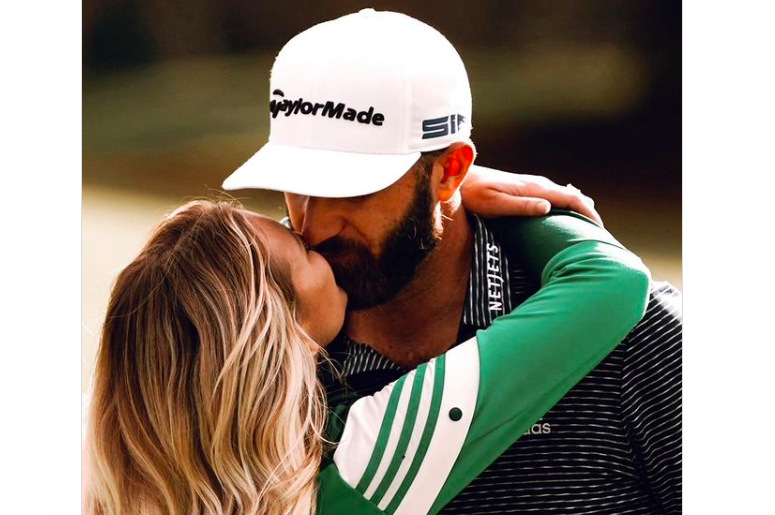 Dustin Johnson is your 2020 Masters champion, adding that green jacket to his accomplished resume.

You know who else has a good resume in the world of sports? Wayne Gretzky. Gretzky “broke out the caddie outfit to celebrate his future son-in-law Dustin Johnson winning the Masters” per Hockey Night In Canada.

Johnson is engaged to Gretzky’s daughter, Paulina Gretzky. Paulina was proud of her fiancé, who finished shooting 20-under, winning the tourney that Tiger Woods won last year.

Wayne Gretzky said he never thought when he retired he’d have the same feeling going into tournaments, wanting someone to win so desperately that “your stomach hurts” when watching him. But, Wayne Gretzky said he sometimes gets nervous if he Johnson has a shot or has to turn away if he has a putt because he’s pulling for him and wants him to be successful.

Wayne Gretzky called him an elite athlete, an elite golfer and that “he’s got the ability to go to even another level.”

“Obviously, he’s at a whole different level in his career right now, he’s been a wonderful father, and he’s been tremendous to have around our family,” Wayne said. “And we like to think we’ve helped him a little bit.”