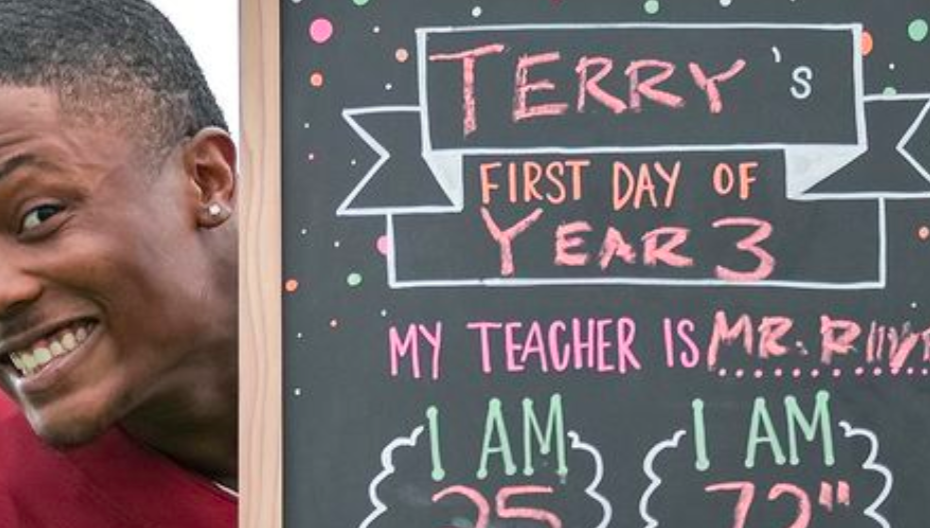 Well, it’s also a new season upcoming in the NFL and as players head back to cities where their respective teams are, one team decided to make a grand entrance by taking, you guessed it, first day of school pictures!

The team had special signs to write in what ‘grade’ or year in the NFL they’re playing in this season, who their ‘teacher’ or coach is, how old they are, how tall they are, and who their friends are.

Ryan Fitzpatrick‘s past his junior or senior year (if you’re counting K-12) as he’s on year 17. Shout out to him! A talented NFL quarterback who’s already on his master’s degree (if you’re counting 16 years of education as getting your bachelor’s degree). His friends he listed are Terry McLaurin and Curtis Samuel, whom he’ll continue to be getting to know pretty well throwing the ball to.

Terry’s friends are “the WRs”. Tress Way, the team’s punter, is in ‘eighth grade’ or year 8 in the league, and his friends he listed are “literally everyone”.

So, there you go. You’re even Tress Way’s friend.