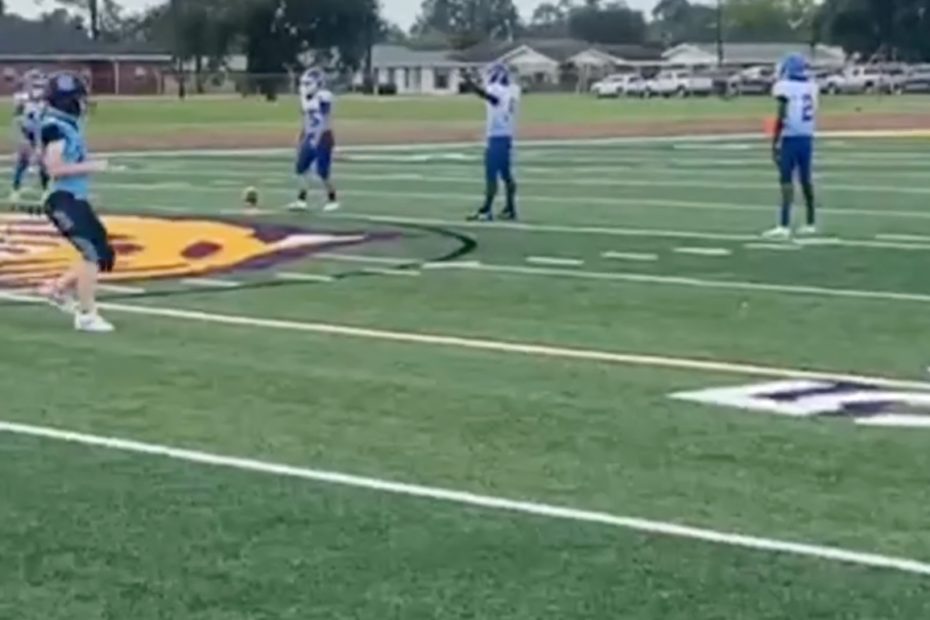 “I decided to entertain her,” said Raceland Middle School’s coach, Allen Wiltz. Speaking to the media outlet PEOPLE, Wiltz relayed that the school was having a PowerPuff football game fundraiser, to which Fitch was selected to participate. “I said sure, show me what you got — and Harmony lined herself up and bolted one down the field.”

Staring in awe, Wiltz quickly requested the thirteen-year-old attempt another kick. Without hesitation, she busted out another 45-yard kick down the field. “My mouth dropped,” Wiltz recalled. “and I said, ‘Holy s—.’”

The two of them sat down to speak, to which Fitch opened up to the middle school coach about her desire to play football. When he offered her a position on the team, explaining that it comes with weight training, conditioning, and practice sessions, she never hesitated when accepting a place on the roster.

“When I saw this young lady work so hard at all these different activities, I knew she could handle football,” Wiltz added, noting that Fitch also dances and plays volleyball.

RELATED: Joe Biden Meets With Brittney Griner’s Wife to Demonstrate Determination to Bring Her Home Amid Her 9-Year Prison Sentence

The teenager recalled her own experience trying out for the team, recalling the excitement she felt when Wiltz offered her a position. “I was surprised — I gave coach a big hug and said thank you,” she shared.

But, is playing on the football team everything Fitch imagined? According to the middle schooler, the ability to play lives up to the hype.

In an interview, discussed her love for the team and expressed that her time playing football thus far has been successful. “It’s going great when I don’t mess up,” she commented. “I have to stay focused during practice and super focused during game time.”

She added that her teammates have been more than welcoming as well. Fitch stated, “They always tell me to shake it off and get it back the next time. They are like big brothers and family, I love all of them.”

“Everything that she does, she’s an inspiration to many of these kids in my community right now,” he added.