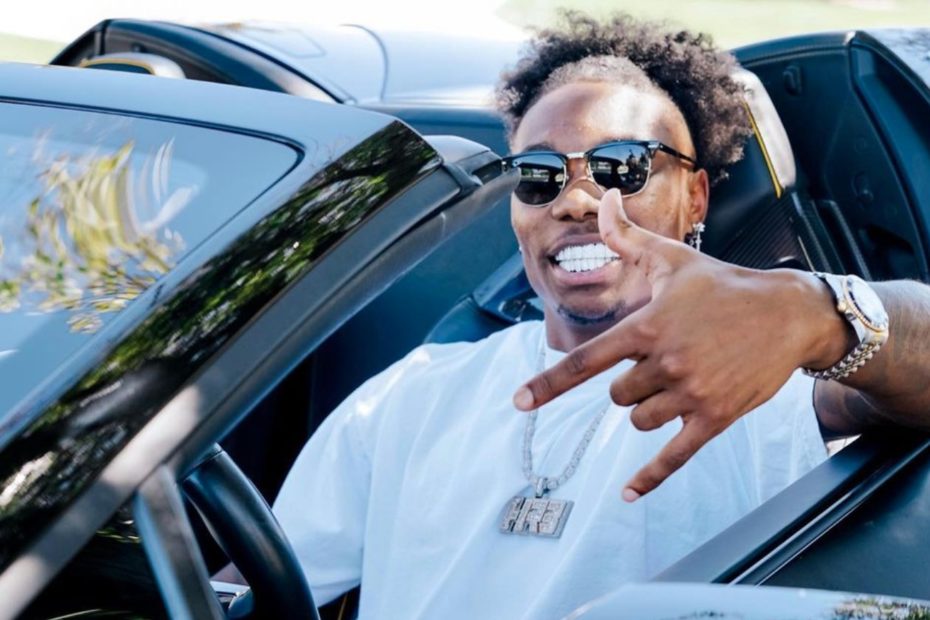 UPDATE, November 3, 2:20 p.m. EST by Sara Vallone: According to Sports Illustrated, at the time of the deadly accident involving NFL wide receiver Henry Ruggs, it is now being reported that Ruggs was driving 156 miles-per-hour. Additionally, his blood-alcohol level was twice Nevada’s legal limit when he hit the rear of a 23-year-old woman’s car.

As the Associated Press reported, prosecutor Eric Bauman revealed that airbag computers in the vehicle recorded the Chevrolet Corvette Ruggs was driving decelerated from 156 mph to 127 mph before it struck the Toyota Rav4. Bauman also said a loaded firearm was found on the floor of the car.

As a result, Ruggs’ bond was set at $150,000 with strict conditions. Those conditions include home confinement, electronic monitoring, no alcohol, no driving, and the surrender of his passport.

The identification of the deceased woman has not been made public. Sports Illustrated also reported that the woman’s dog was in the car with her; the dog was also deceased.

Ruggs is scheduled to appear in court on November 10.

As reported on November 2, 2021: Henry Ruggs, Las Vegas wide receiver, was recently involved in a car crash that left his female passenger injured and left one woman dead. The football player is to be charged with a felony DUI that resulted in a fatality.

“It is an ongoing investigation that is at the very preliminary stages,” Clark County District Attorney Steve Wolfson shared with the Las Vegas Review-Journal.

David Chesnoff and Richard Schonfeld are serving as the attorneys for the 22-year-old and have revealed their own statements. “On behalf of our client Henry Ruggs III we are conducting our own investigation as of this writing and ask everyone to reserve judgment until all the facts are gathered,” their statement read.

The police report detailed that Ruggs’ Chevrolet Corvette collided with the back of the victim’s Toyota Rav4 and then the Toyota burst into flames. The car was found at 3:39 am on fire with the victim still inside the vehicle. The police reported, “Fire department personnel responded and located a deceased victim inside the Toyota. The preliminary investigation indicates the front of the Chevrolet collided with the rear of the Toyota.”

“The driver of the Chevrolet, identified as 22-year-old Henry Rugs III, remained on scene and showed signs of impairment. He was transported to UMC hospital to be treated for non-life-threatening injuries. Ruggs will be charged with DUI resulting in death,” the Las Vegas Metropolitan Police wrote on social media.

Under this sentence, probation is prohibited in the state of Nevada and can result in two to 20 years in state prison.

The victim has not been identified, but the Raiders have come forward and lent their sympathies to the family of the victim. “The Raiders are aware of an accident involving Henry Ruggs III that occurred this morning in Las Vegas. We are devastated by the loss of life and our thoughts and prayers go out to the victim’s family,” the team stated, according to ESPN. They additionally included, “We are in the process of gathering information and will have no further comment at this time,

Brian McCarthy, a spokesperson for the NFL, also sent out his own statement. “Our hearts go out to the family and friends of the victim of this horrific tragedy. We will continue to gather facts and monitor the matter under our policies, but our thoughts at this time are with those impacted by this devastating incident,” McCarthy revealed.