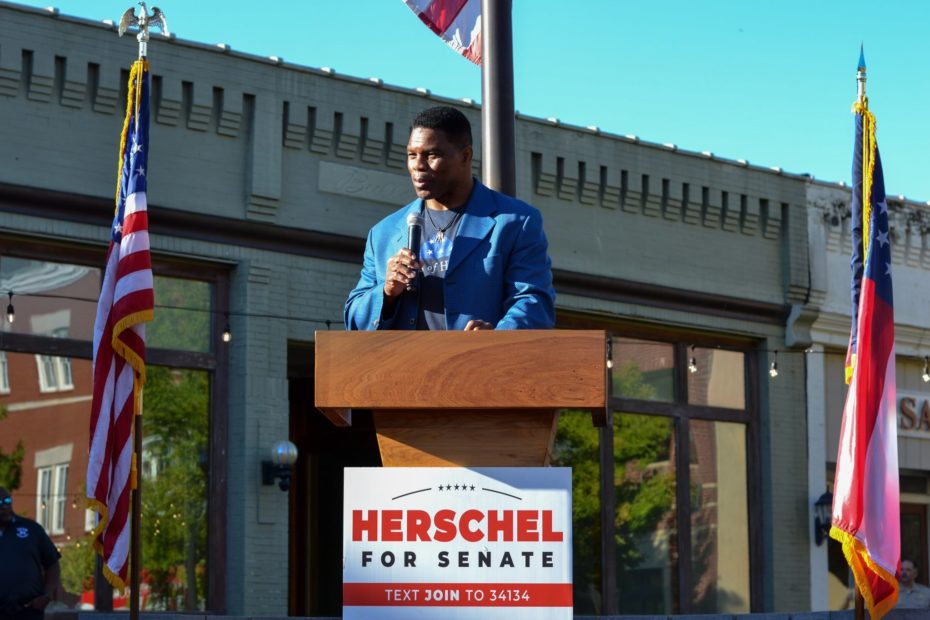 Herschel Walker, 60, Supports a National Abortion Ban But Funded One For His Girlfriend

Herschel Walker, a former NFL running back and current candidate for the Georgia Republican Senate, is believed to have paid for a woman’s abortion in 2009.

During the Republican Senate primary, the ex-athlete made headlines when he openly supported a national ban on abortions. Believing that there should be no exceptions including cases involving rape, incest, or a woman’s health being at risk, Walker built his campaign on being “for life” with “no excuses.”

While campaigning, the former NFL player made a point to tell voters that if he was elected, he would support a bill such as the 15-week federal ban on abortions put forth by Sen. Lindsey Graham.

“Raphael Warnock wants to protect the killing of babies right up to the moment of birth. We need to do better,” Walker told Politico, arguing against his main competitor in the Senate race. “I am a proud pro-life Christian, and I will always stand up for our unborn children. I believe the issue should be decided at the state level, but I WOULD support this policy.”

However, it seems that the exception to his no-excuses rule is himself. This week, a woman privately approached The Daily Beast claiming that she and Walker conceived a child in 2009, but he requested she terminate the pregnancy. “The woman said Walker, who was not married at the time, told her it would be more convenient to terminate the pregnancy, saying it was ‘not the right time’ for him to have a child,” the news outlet wrote.

The woman supposedly provided a $575 receipt from the abortion clinic, a “get well” card from the politician, as well as a $700 bank account deposit that came from him. Due to the 60-year-old’s stance on being anti-abortion, the woman felt compelled to share her story. “I just can’t with the hypocrisy anymore,” she explained. “We all deserve better.”

Yet, Walker has adamantly denied these claims. “This is a flat-out lie and I deny this in the strongest possible terms,” the Republican Senate candidate wrote on Twitter. “I’m not taking this anymore. I planning [sic] to sue the Daily Beast for this defamatory lie. It will be filed tomorrow morning.”

Despite his denial of any involvement with abortion, his son Christian believes that the story adds up. In response to Walker’s denial, Christian relayed on social media, “Every family member of Herschel Walker asked him not to run for office because we all knew (some of) his past. Every single one. He decided to give us the middle finger and air out all of his dirty laundry in public, while simultaneously lying about it.”