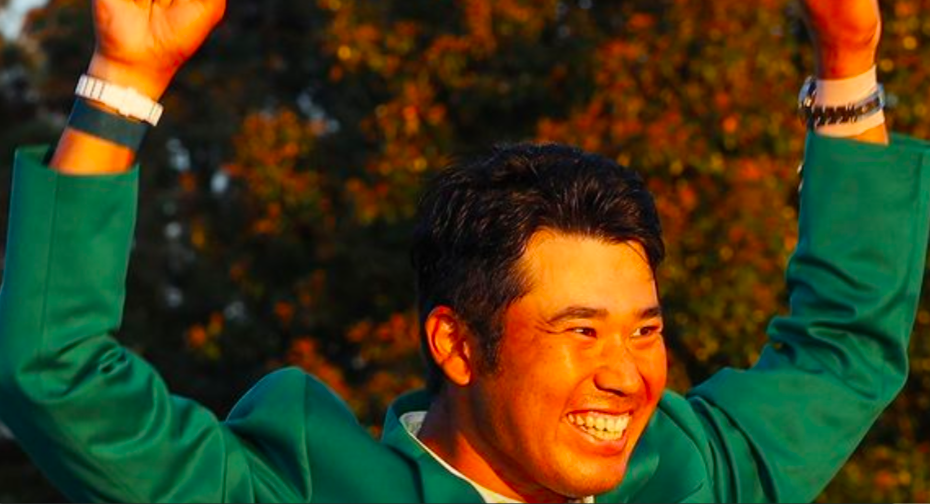 History was made at the Masters in Augusta, Georgia over the weekend. History that had international implications outside just Georgia, outside just the US, as Hideki Matsuyama won the tournament.

Matsuyama became “the first male golfer from Japan to win a major championship” according to ESPN.

“Hopefully, I’ll be a pioneer and many other Japanese will follow,” Matsuyama said via a translation per ESPN.

The respect is real. You have to see this incredible moment from Matsuyama’s caddie, “Shota Hayafuji” according to an ESPN tweet:

Congrats on being a part of history, Hideki!

The Masters champion’s last round was “1-over 73 and (had) a 1-shot victory that was close only at the end and was never seriously in doubt after Xander Schauffele’s late charge ended with a triple bogey on the par-3 16th”.

Matsuyama finished at 10-under:

After winning the Masters, Matsuyama was just straight casually chillin’ in the airport with the green jacket by his side. That’s what you call keeping it real, keeping it classy. Because what better way to travel after winning an historic Masters tournament and being a part of history in the sport of golf and in all of Japan.

Tiger Woods congratulated Matsuyama and reflected on the significance of this win:

Jack Nicklaus also congratulated Matsuyama and is happy for “the whole golfing world of Japan”:

So many people outside the sport also took notice, including Heisman Trophy winner and NFL Hall of Fame selection Charles Woodson:

PGA Tour and SportsCenter highlights some of Matsuyama’s journey:

This win really had an international reach. Here’s were the “evening papers” according to Japan Times’ Satoshi Sugiyama tweet on April 12:

Congrats to Matsuyama’s family, as well! According to Golf.com, the pro golfer is married and they have a child!

We’ll end this off by taking you back to Augusta where Matsuyma got off to that further lead to start off the final round per The Masters:

That’s a good less for us all. To never look back but focus on the goal, the dream, the mission. The past is in the rearview mirror. Keep going, not letting that affect you but instead growing through adversity and chasing the mission head on with laser focus.

Now, Matsuyama can add not just a major but that green jacket to his wardrobe.