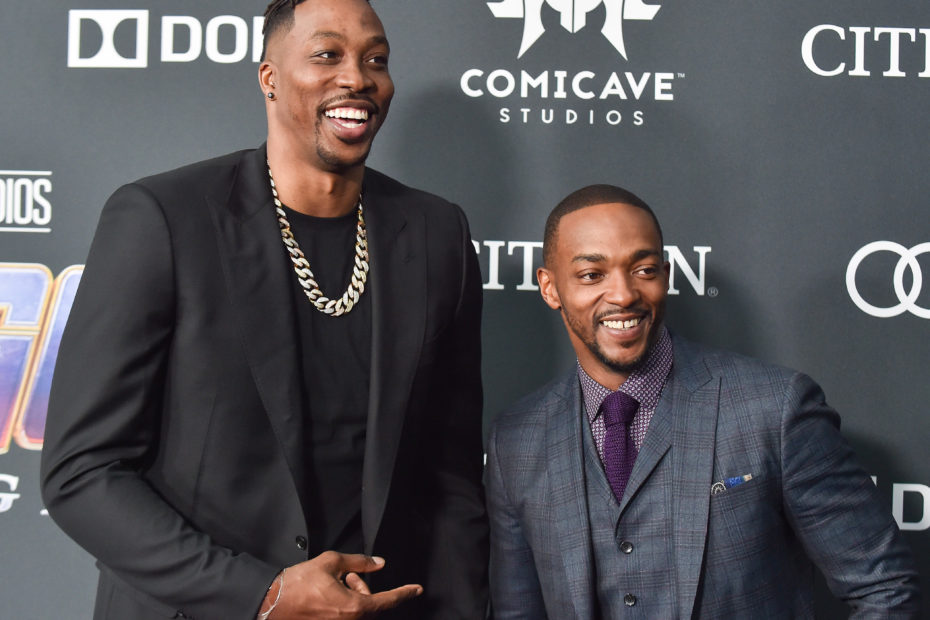 The act of jumping directly from a high school basketball program to the pros is known as “going prep-to-pro.” Many of the greats have done this, including Kobe Bryant and Dwight Howard. However, many say that that the players that make this brave career decision are too young to bear the responsibilities and burdens of becoming a professional athlete, celebrity, and often millionaire.

It’s not uncommon for players that went “prep-to-pro” (in any sport) to end up bankrupt, in jail, or suffering from conditions such as addiction and other mental health concerns. Let’s backtrack and go through the 25 Last High School Players to go to the NBA, starting all the way back in 2003, before strict NBA rules made it difficult for professional basketball players to manage a high school to NBA transaction.

Kendrick Perkins was recruited by the Boston Celtics straight out of Ozen High School in 2003. He then continued on to play for the Oklahoma City Thunder, the Cleveland Cavaliers, and then the New Orleans Pelicans. He has one NBA Championship to his name in 2008.

Kendrick Perkins retired from the Pelicans’ team in 2018, and though has had one small bond reported, it seems to be regarding punching two guys – considering his recent successes, there could very well be a logical explanation behind that. He is happily married and has one teenage son with his wife. Not only is Kendrick one of the only high school players to go to the NBA, but he has managed to remain active with the league even after his retirement from playing ball.

Graduating from Southwest Atlanta Christian Academy in Atlanta, Georgia in 2004, Dwight Howard continued on to a long, successful, and wealth-inducing career that has spanned 17 years.  He was drafted by the Orlando Magic initially and has played for many teams over the years (including the Rockets), but now plays for the Lakers once more. He holds bragging rights to an Olympic gold medal, 5 beautiful children, and an assortment of 20 pet snakes!

Shaun Livingston, whose career began in 2004 and only recently ended in 2019, also made a handsome penny off of his successful basketball career.

This career, which was sparked straight out of high school (Peoria High School), took off with the LA Clippers, and evolved through many teams, eventually ending in a long and successful stretch with the Golden State Warriors. He is now the director of player affairs for the Warriors and enjoys a comfortable lifestyle while working with the Warriors to this day.

After being drafted out of Bakersfield High School, Robert Swift only played in the league for a few years for many reasons, but mostly because of a serious leg injury that took him out for an entire season. His first couple of seasons were with the now-deceased Seattle Supersonics and played a season for the OKC as a closing to his short career in the NBA.

In 2018, after a long battle with bankruptcy, drug addictions, and familial stressors, Robert Swift started playing professional basketball again in Spain, and the outlook on his future is much more stable and positive. Robert’s story is a common one for many high school players that go to the NBA.

Sebastian Telfair was drafted out of Abraham Lincoln High School in 2005 by the Trail Blazers and continued on to play for several different teams until his last season in the NBA with the OKC in 2015. Since then, he has been in and out of jail after facing multiple different charges, most recently accused of defrauding the NBA’s Health and Welfare Benefit Plan. Another common occurrence for athletes that go straight from high school players to the NBA.

Al Jefferson, who attended Prentiss High School in Mississippi, was drafted into the NBA by the Boston Celtics in 2004 and remained with the green and white for three seasons. After transferring to the Minnesota Timberwolves, he continued to jump team to team after just a few seasons with them, until 2018, when he left the NBA after a couple of seasons with the Pacers.

He played professionally in China for just one year following his long NBA run. He continues to live a happy and successful life, enjoying the spoils of a long, successful, and responsible basketball career.

After being drafted into the NBA in 2004 from Oak Hill Academy, Josh Smith remained with the Atlanta Hawks for 9 seasons. Following this term, he bounced between teams for several years until 2016, played one season in China, returned for one NBA season with the Pelicans, then officially called it quits in 2018. Because the Pistons unrightfully cut him, they have also given him money determined by contract for several years. He seems to be active with his family and community and doing fine.

J.R. Smith, who was drafted out of Saint Benedict’s Preparatory School in 2004 by the New Orleans Hornets, continued on in the NBA with several different teams, including the Denver Nuggets and the New York Knicks. He finished off his 16-year career playing with the Cleveland Cavaliers for 5 years, and one final year with the LA Lakers.

After Smith retired from the NBA, he decided to go to college, majoring in liberal studies and trying his hand at golf. With a lovely wife and three children to share life’s riches with, life seems to be going quite well for J.R. after his exit from the league. He is what many would consider one of the luckiest high school players to go to the NBA.

Dorell Wright was also drafted in 2004, straight out of Leuzinger High School by the Miami Heat. He remained with the Heat for 5 years. Following this successful stretch, he played a few seasons for the Warriors, 76ers, Trailblazers, and finished off his career with one final year with his home team – The Miami Heat.

Martell Webster was drafted out of high school in 2006 and played for the Portland Trailblazers. After 4 years with Portland, he played a couple of years each for the Timberwolves and Wizards before calling it quits in 2015. He currently lives a happy life with his family.

Andrew Bynum played for the Utah Jazz from 2006 to 2012, following a very successful high school run at St. Joseph High School in New Jersey. After his long run with the Lakers, Bynum played a year each for the Cleveland Cavaliers and Indiana Pacers. Though it wasn’t the longest career, Bynum’s 8 years in the NBA is well respected, and he definitely made a name for himself during this time.

The 25 Last High School Players to go to the NBA Continued….

CJ Miles was drafted in 2006 from Skyline High School in Dallas by the Utah Jazz and played for them until 2012. He played for the Cavaliers, Pacers, Raptors, Grizzlies, and Wizards each for a season or two, before ending his NBA career in 2020. He is active on social media and enjoys traveling with his wife.

Drafted by the Golden State Warriors in 2006, Monta Ellis continued to play for the Warriors until 2012. After his time in California, he played a few seasons for the Bucks, Mavericks, and Pacers, before announcing his retirement in 2017. After his retirement, he coached for a while in Mississippi and is now trying to do some work within the NBA again.

Lou Williams went to high school at South Gwinnett High School in Georgia, and the 76ers hired him straight away. After 6 years with the 76ers, Williams played a season or two with many different NBA teams and now plays with the Atlanta Hawks.

Drafted out of South Kent Preparatory School in Connecticut by the Wizards in 2006, Andray Blatche continued to play for the team he was drafted by for 6 years before playing a couple of seasons for the Brooklyn Nets. After 8 years with the NBA, Blatche left the league in 2014.

Amir Johnson played for the Pistons from 2006 to 2012, following a high school draft in 2005 from Westchester High School. After 2009, Johnson played for the Raptors, Celtics, and then the 76ers for one final season in 2019. Not much is known about his current personal life, but it is rumored that he joined The Money Team.

James Lang played for the Washington Wizards in 2007. However, this was his only season in the NBA after being drafted out of Central Park Christian High School in 2006. He suffered a stroke in 2009 that has unfortunately left him partially paralyzed. Not much is known about his current life and activities, but we wish the best for this short-lived basketball star.

Gerald Green was drafted by the Boston Celtics in 2006 and only played for them for one year after a great high school basketball career at Gulf Shores Academy in Houston, Texas. He jumped from team to team, all the way to 2019 with the Rockets; he is currently a free agent.

Being drafted out of the Athlete Institute Academy (Mono, Canada) in 2015, Thon Maker was an exciting high school competitor. However, in 2021, he played his last season in the NBA for the Cleveland Cavaliers. He wants to return to the NBA and views himself as a future NBA star but is currently rumored to be in talks to play professional ball in Australia.

Brian Bowen, whose NBA debut was in 2019, was drafted by the Indiana Pacers from La Lumiere High School in La Porte, Indiana. He played several seasons with the Pacers and is now dealing with an Adidas lawsuit and talks with other NBA teams. We don’t know a lot about his NBA future, but it’s too soon to tell.

Mitchel was drafted from Chalmette High School of Louisiana in 2017 by the New York Knicks, where he still plays today.

LaMelo Ball, who didn’t finish high school, is the youngest player in history to achieve a triple-double and won the Rookie of the Year title last year. He currently plays for the Charlotte Hornets.

Darius Bazley was recruited by the Oklahoma City Thunder in 2020 but recently played with the Denver Nuggets during preseason this year. He attended Princeton High School.

Jalen Lecque played basketball at Brewster Academy and was drafted into the NBA by the Phoenix Suns, followed by a season with the Pacers. He is now in talks with the Bucks for the upcoming NBA season.

RJ Hampton was recruited by the Denver Nuggets in 2021 from Little Elm High School in Texas, followed by a season with the Orlando Magic. He is expected to compete for the Magic again in the upcoming season.

Who are you the biggest fan of?