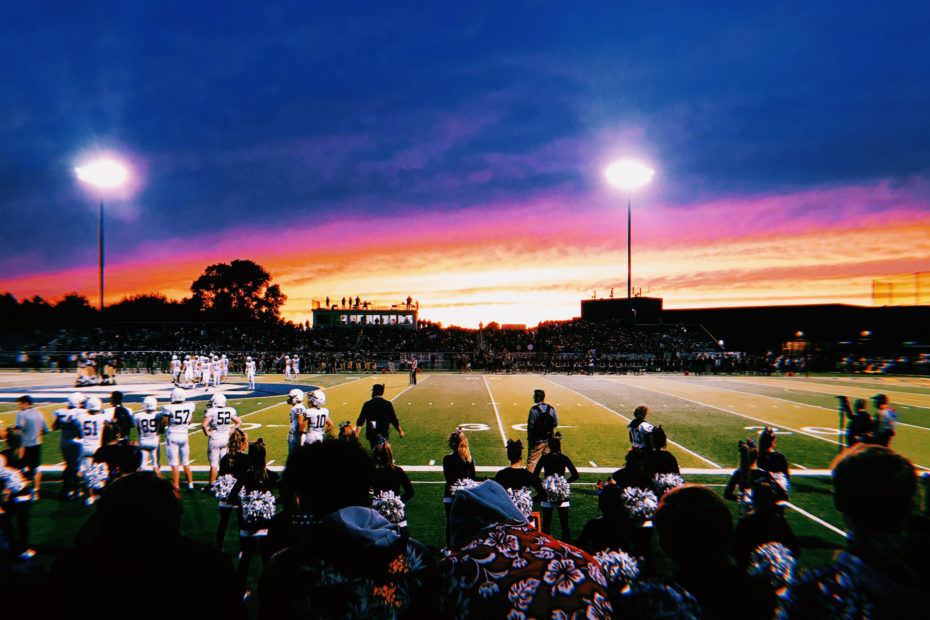 25 High Schools With the Most NFL Players

The high schools with the most NFL players are the ones that consistently have the biggest impact on the scope of the game today. They’re known for producing the most high-quality, talented, and gifted players that go on to play with some of the best football stars in the world.

The road to the NFL is a long and grueling process that thousands of players hope to achieve every year, but only a select few actually find success at. For most of these players, their journey starts in high school — where they first start attracting recruiters from college campuses.

Those that play well at the high school level will have an opportunity to showcase their talent at the college level. From there, they must grab the attention of NFL scouts and coaches in hopes of getting a call on draft day — which is their real opportunity to make a name for themselves.

Ranking the Top Football High Schools With the Most NFL Players

Every year, the NFL welcomes a new draft class into the league and while those players often come from a wide range of different backgrounds, we can’t help but notice that some high schools produce more NFL players than others and they do it on a consistent, yearly basis.

There are a number of factors that play a role in this. A lot of the credit goes to the head coaches of these high school football teams, but you also have to understand that some high schools have better competition than others and some have better summer programs in the offseason.

Robert Woods is arguably the best football player to come from Junipero Serra High School in Gardena, California. He has 552 receptions, 6,843 receiving yards, 33 receiving touchdowns, and 4 rushing touchdowns in 121 NFL games. He currently plays for the Los Angeles Rams.

Kiski High School hasn’t produced an NFL player in a long time and currently don’t have any active players in the NFL. Hunter Enis was the last Kiski High School football player to make it to the NFL (1960), but he only lasted two years. Doc Elliott had the most success in the NFL.

William M. Raines High School produced eight receivers with more than 1,000 receiving yards in the NFL — Harold Carmichael had the most with 8,985 yards and 79 touchdowns receiving. On defense, Brian Dawkins recorded 37 interceptions, 36 forced fumbles, and 26 sacks.

Compton High School currently has one player, Datone Jones, in the NFL and he has recorded 10 sacks, one interception, and one fumble recovery in his career. Roy Jefferson had the best career, finishing with 451 catches, 7,539 receiving yards, and 52 receiving touchdowns.

Gareon Conley and Devin Smith are the only two active players that came from Massillon High School. They’re known for producing quality defensive players, including Tommy James with 34 interceptions, Chris Spielman with 1,363 tackles, and Jim Houston with 29.5 sacks.

South Oak Cliff High School doesn’t have any active players in the NFL, but they’ve produced some talented players in the past. Harvey Martin’s 114.0 career (unofficial) sacks ranks 32nd all-time, Michael Downs had 35 interceptions, and Wayne Downs had 43 total touchdowns.

John Tyler High School is most known for producing one of the greatest running backs to ever play. Earl Campbell finished his career with 9,407 rushing yards and 74 rushing touchdowns. Tyus Bowser and Greg Ward are the only two active players in the NFL from John Tyler HS.

Ball High School is best known for producing one of the best wide receivers in the league today — Mike Evans. In 111 games, he has 561 catches, 8,659 yards, and 65 touchdowns. Whitney Paul also had a great career with 47 sacks, 11 interceptions, and two defensive touchdowns.

Miami Central High School has produced six active players in the NFL right now and is known for producing some great running backs — including Dalvin Cook, Willis McGahee, and Devonta Freeman. Al Richardson had a nice career on the defensive end with 21.5 sacks.

Crenshaw High School currently has four active players in the NFL, but it’s Wendell Tyler and Kabeer Gbaja-Biamila that are the two legends at this high school. Tyler had 66 total touchdowns in his career, while Gbaja-Biamila had 74.5 sacks and 17 forced fumbles.

Abraham Lincoln High School has produced one of the greatest halfbacks of all-time — Marcus Allen. He recorded over 17,600 total yards and 144 touchdowns in his career. Terrell Davis had 60 rushing touchdowns, Doug Reed had 22.5 sacks, and Dave Grayson had 48 interceptions.

Evanston High School isn’t known for producing big names in the NFL, but they’ve produced 25 NFL players — enough for 13th in high schools with the most NFL players. Paddy Driscoll and Emery Moorehead are arguably the best Wildkits’ alumni, while Naquan Jones is the latest.

Louisville Male High School has produced 29 NFL players, but none of them went on to have memorable careers. Michael Bush finished with 4,260 yards and 31 touchdowns, Chris Redman had a 4-8 record as a starting quarterback, and D.J. Johnson had 18 interceptions.

Speaking of producing stout defensive players in recent years, Hargrave Military Academy has six active defensive players in the NFL. What’s even more impressive is the fact that they produced one of the greatest receivers to ever play, Torry Holt — a Hall of Fame finalist.

Despite not having any active players in the NFL right now, Canton McKinley High School can rest easy knowing they produced Marion Motley — one of the strongest running backs in NFL history. He finished his career with 5,827 scrimmage yards and 38 total touchdowns.

St. Augustine High School has produced impressive players all over the place. Trai Turner, Leonard Fournette, and Tyrann Mathieu are all regular starters in today’s game. James Hall (63 sacks) and Leroy Hoard (6,394 yards, 51 touchdowns) were also dominant in their prime.

Miami Northwestern High School has produced two linebackers with over 1,000 career tackles, three receivers with more than 5,600 receiving yards and at least 30 touchdowns, and one quarterback with 54 career starts (and counting). They know how to develop and it shows.

If you have hopes of playing in the NFL, St. Thomas Aquinas High School is the place to be. Their 19 active players is the most by any high school and it includes the Bosa brothers, Geno Atkins, James White, Asante Samuel Jr., Brandon Linder, Damon Arnette, and more.

From High School Hero to NFL Legend, Anything Is Possible

In high school, most players dream of one day stepping foot on an NFL field, wearing an NFL jersey with their last name across the back. A majority of those players will never get to live out this dream, but those that do are the ones that give 110% effort, 100% of the time.

Now that we know the high schools with the most NFL players, you can start to understand which high school programs have a knack for developing quality players — and why so many scouts are eager to visit them. You never know what you might see in a high school game.

YOU MAY ALSO LIKE: 25 of the Strongest Running Back in NFL History