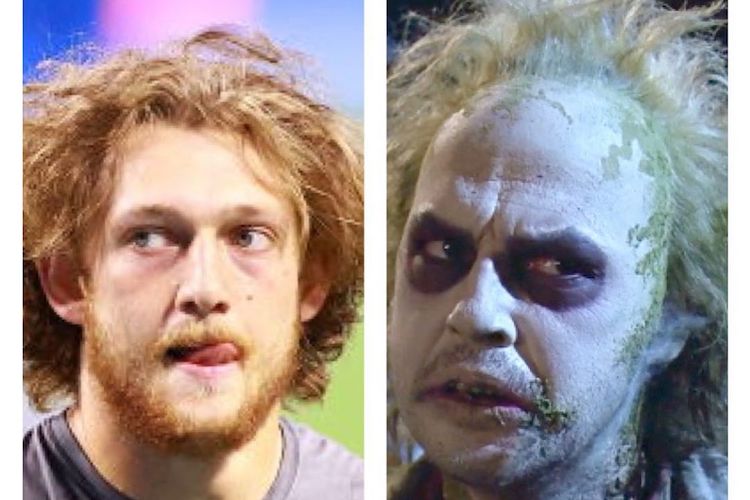 25 Hilarious Sports Memes That Will Make You Feel Seen

25 Hilarious Sports Memes That Will Make You Feel Seen

So, if you’re after a list of very random sports memes, you’ve come to the right place. We did some digging and found a good mix of funny memes from everyone to fans to student-athletes. There’s no rhyme or reason, just a passion for really great memes.

Times are tough right now, especially for players and fans who can no longer play as they used to in many places. Let’s take that collective disappointment and shove in the background as we look at these hilarious memes that will remind you why you enjoy them so much.

News of Cam Newton testing positive for the coronavirus spawned a hundred memes. As we wish for his speedy recovery and good health, let’s take a moment to consider the lengths the GM of the Patriots is taking to ensure that.

Those numbers aren’t so great. It’s been a rough one for the Giants this season.

As you’d expect, the coronavirus is at front of mind for most sports fans. Football fans can physically feel this meme about it.

You Golf for Nature, Right?

It’s all about the animals you encounter on the course, right? What else would be the point of this sport?

Tell That to Michael Phelps!

This meme from a student athlete captures a sentiment many swimmers are tired of hearing. You can keep that take.

Many argue that the Cowboys have received more unearned praise than any other team. They had a good run in the nineties, but lately not so much.

Tuesday is the trash day of the week. But, we can all agree, they’re made a little better by a great game.

Well, they did it. Let’s celebrate with a picture of Jack Nicholson licking a french fry. A game well-played.

You know, you can’t lose a lead if you never had one. Maybe they should have stayed in the huddle.

Well, golf is somehow still a thing. People who play the game are some of the most devoted athletes. We imagine that this is what it feels like.

It’s true the lighter weight classes can be more fun to watch. But, when a match is good, it’s really good.

It’s undeniable that Russell Wilson is the team’s MVP. This is some truly remarkable shade.

Keep the Giants in Your Prayers

This is actually what being a Giants’ fan actually looks like. This is a great find and you couldn’t find a better comparison.

Some fans are understandably over it. This dog looks so serene. We’d like to be this dog.

The Cowboys are a gift that keeps on giving to memes this year. On some fronts, we can all agree.

People take their fantasy football to a whole new level. This meme is perfect for a fan who knows what’s up.

Found memories of being a child and doing dumb stuff for the security cameras are all that’s keeping us going. This is gold.

Getting all the carbs you can possibly get into your body before a swim meet is a real struggle. We’re not swimmers, but we’ll eat like one.

There’s no fear. Pretty crazy that a potentially deadly pandemic isn’t keeping teams from playing, but here we are.

This isn’t up for debate! Let’s all say a prayer for Russell Wilson.

The coronavirus news coming from the Patriots the last several days has not been so hot. Every fan really looks like this on the inside.

T.J. Hockenson must be experimenting with the rona-cut too. Happy Halloween!

Goalies must be ready. This meme from a student athlete is pretty clever.

Another meme that will take you back to your schooldays, this one perfectly captures the sheer joy you feel when your teacher would surprise the class with Bill Nye videos. Chef’s kiss.

There you go! We hope you enjoyed the funny sports memes and feel inspired to create some memes yourself.